FCTA set to partner with NITDA on ICT deployment 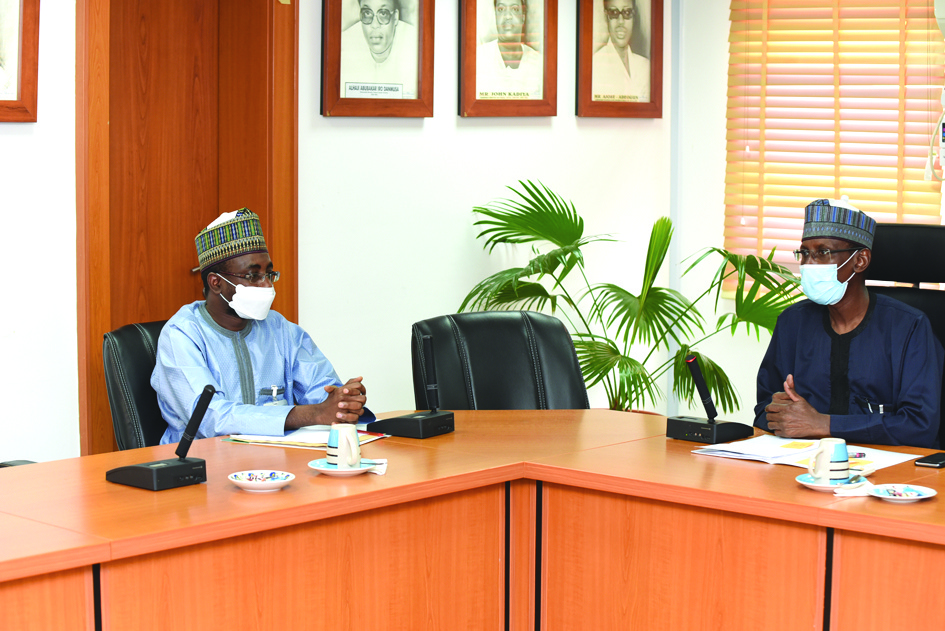 The FCT Minister, Malam Muhammad Musa Bello has reiterated the commitment of the FCT Administration to the deployment of Information and Communication Technology (ICT) in the management of the FCT.

Malam Bello said this when he received a delegation from the National Information Technology Development Agency, (NITDA), led by its   Director General, Engr Kashifu Inuwa Abdullahi on a courtesy visit to the FCTA. He added that he foresees a future where Abuja is run fully as an ICT compliant city. “At the FCT level, many of our agencies are already, in one form or the other, using ICT to do our work and we are moving towards improving that,” he said.

He promised that the FCTA will support NITDA in its quest also to achieve this shared dream for the nation’s capital.  “Being in Abuja, I can assure you that we will always be available to partner with your organization to deploy whatever you need to deploy, whether it is solutions to schools that are e-based or solution to security matters or traffic management or the health system. In all these areas, we have some form of IT deployment already,” Bello said.

The minister believes that Nigeria can achieve a lot by leveraging on the ICT platform. “From what we have seen and what we read, the youth population is already fully ready for it… For many young Nigerians e- banking is the only form of banking that they know,” he said. He also added that “It is very obvious also, if there is anything about COVID-19, is the fact that it has brought to the fore, the need for technology and the need for e-governance”.

The Director-General of NITDA, Engr. Kashifu Inuwa Abdullahi had solicited the support of the FCT Administration towards the establishment of an Information Technology Hub in the Territory, akin to the popular Silicon Valley in California. He said: “NITDA is one of the drivers of that initiative and the initiative has identified five key stakeholders – universities as the producer of the human capital, government as the enabler because the government’s role in business is to provide the enabling environment…Then corporate organisations as the market because when you graduate from school, for most of the people, our mindset now is to look for white collar job. Then we have the innovators and the entrepreneurs, which can be students or graduates. Then venture capitals who can invest.”

The NITDA helmsman who stated that ICT was the third major contributor to the nation’s GDP, said at the rate the world is moving, ICT was going to dominate everything. “As we are today, ICT powers almost everything we do, from office to personal things. Therefore, ICT is central to the development of any country,” Abdullahi said.

Also present at the meeting were the Chief of Staff to the FCT Minister, Malam Bashir Mai-Bornu, the Director of Abuja Geographic Information System (AGIS), Dr Isa Jalo and other senior members of staff of the FCTA.