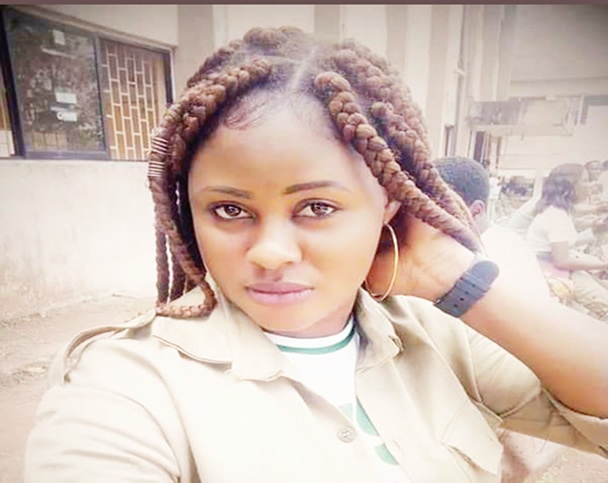 The family of a 28-year old graduate of the Institute of Management and Technology, Enugu, Ifeoma Abugu, has been thrown into mourning after she was allegedly sexually assaulted and killed by the personnel of the Special Anti-Robbery Squad, Federal Capital Territory Command, Abuja.

It was gathered that three policemen on September 10, 2020, around 5pm, stormed the residence of Ifeoma’s fiancé, Afam Ugwunwa, at Wumba village in Lokogoma area of Abuja to arrest him. In the absence of Ugwunwa, the policemen arrested Ifeoma and took her away.

It was learnt that all efforts to know the police station she was taken to proved abortive as she was not found until her fiancé got a call the next day that Ifeoma had died and her corpse had been deposited in the morgue.

Ifeoma’s brother, Alex, said she had just concluded her National Youth Service Corps and was arrested and killed four days after she had her marriage introduction ceremony with Ugwunwa in Enugu State. In a petition signed by the family’s lawyer, Ifeanyi Mamah, the family is pleading with the Inspector General of Police to intervene in the matter with a view to ascertaining the actual cause of their daughter’s death.

This is coming on the heels of their suspicion that she was raped and subsequently killed. The family reject the explanations by the police that she was found unconscious from excessive consumption of cocaine and was therefore taken to the hospital.

When contacted, the FCT Police Public Relations Officer, Anjuguri Manzah, said he was not aware of the case as he was yet to be briefed.