Controversy trailing the declaration of Alhaji Yahaya Bello and the All Progressives Congress (APC) as winner of Kogi governorship election by the Independent National Electoral Commission (INEC) has taken the battle to court.

Following his continued claims that INEC should have declared APC winner after the November 21 poll instead of organizing a supplementary poll, Honorable James Abiodun Faleke says he is heading to court to retrieve his mandate.

Faleke in a statement released through Director of Media, Audu/Faleke Campaign Organization, Mr. Duro Meseko in Lokoja, said the final results as declared by INEC vindicated its claims that the November 21 had already been won and should have been declared as such.

According to the hard-fighting, Faleke, the supplementary election was inconsequential since in the final results declared by INEC, the APC polled 6,885 votes while the People’s Democratic Party (PDP) scored 5,363, making a total of 12, 248 votes which was a far-cry from the 49,353 registered voters that precipitated the declaration of the initial poll inconclusive.

The statement reads in part: “It is now crystal clear to everybody that the Kogi governorship election of November 21 was already won and lost before the strange supplementary election was introduced. We therefore urge our supporters to remain calm and steadfast while the law takes its rightful course.”

PDP is also claiming victory as well as rejection of the controversial supplementary election and its results.

The party has also vowed to challenge the outcome at the governorship election petition tribunal and the declaration of Yahaya Bello as winner of the poll. 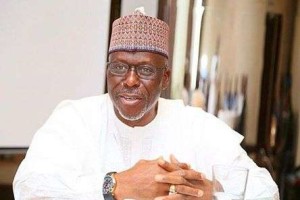 “The position of the party is that the election result is not acceptable and we will be approaching the tribunal for justice,” PDP said through its local Publicity Secretary, Mr. Yomi Ogunmola.

According to Ogunmola, the PDP has a lot of grounds to challenge the outcome of the entire result. “There are lots of grounds but I can only tell you one. You heard when the returning officer said Yahaya Bello is the candidate with the majority of votes cast, but he is not. The majority of the votes cast belong to someone else.”

Meanwhile, the INEC designated governor-elect, Yahaya Bello has appealed to Faleke to accept the party’s decision as will of God. Describing the APC as one big family, Bello promised to bring all those that are aggrieved together on assumption of office. “In a family, there is bound to one misunderstanding or the other but if I assume the responsibility as governor of the state, I will ensure that all the aggrieved parties are brought together.

He pledged further: “Everybody would air their own grievances but we will make sure that everybody is carried along. To my brothers in other political parties, after politics, we have to settle for the business of governance because in our state, so much needed to be done. We would all sit at a roundtable and do the needful.”

Similarly, Kogi APC has also reached out to Faleke to back and work with the Governor-elect. APC in a statement issued through the its campaign spokesman, Abdulmalik Suleiman appealed for calm, stating that there was no victor nor vanquished in the race. “No winner, no vanquished, we must continue as one united family that we are. The governor-elect is a humble man who will not discriminate against anyone within the party,” the party assured aggrieved members.