FACT-CHECK: Is Anglican Bishop, Ogunyemi, on trial for saying ‘El-Rufai will never be President’? 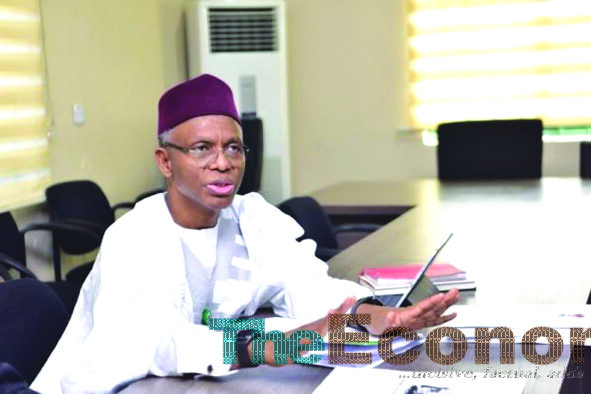 On August 23 and 24, some Nigerian newspapers (including The Source, The Daily Times, and SaharaReporters) reported that the Kaduna State Government arraigned Abiodun Ogunyemi, the Anglican Bishop of Zaria Diocese, over his November 2019 comment that Governor Nasir El-Rufai can never be President of Nigeria.

False and misleading. Documents reviewed for this article do not support the claim that the bishop is being prosecuted over his comment that the Kaduna governor will never be president.

On August 23, News Website, SaharaReporters ran a story with the headline ‘Kaduna Government Takes Bishop To Court For Saying Governor El-Rufai Will Never Be Nigeria’s President’. The website added that Mr Ogunyemi made the statement in November 2019 over the demolition of churches in Kaduna State.

In its own version of the story, also published on August 23, The Daily Times said ‘Kaduna Government charges Anglican Bishop to court for saying Mr El-Rufai will never be President’.

The first two paragraphs of the story read, “The Kaduna State Government has arraigned an Anglican Bishop of Zaria Diocese, Abiodun Ogunyemi, in court for saying that the state governor, Nasir El-Rufai, will never be President of Nigeria, Daily Times gathered.

“The bishop made the statement about El-Rufai not being president in November 2019 in response to the demolition of churches in Kaduna State.”

The following day, August 24, The Source published its own version of the report, saying ‘El-Rufai docks Anglican bishop over presidency, demolition, southern Kaduna. ”

The three newspaper headlines created the impression that the bishop was slammed with a lawsuit for simply prophesying that Mr El-Rufai would never be president.

It is a fact that Bishop Ogunyemi commented on November 23, 2019 that Governor El-Rufai will never be president of Nigeria. It is also factual that the bishop was arraigned before a chief magistrate’s court in Kaduna on August 4. He appeared again in court on August 17 when the magistrate adjourned the case to October 28 to give room for a possible out-of-court settlement.

But the documents reviewed by DUBAWA and PREMIUM TIMES showed that Mr Ogunyemi is standing trial for defamation of character, injurious falsehood and criminal intimidation, and not for saying that Governor El-Rufai will never be president.

According to the First Information Report filed in court, the police accused Bishop Ogunyemi of commenting in Sunday Punch (published on December 15, 2019), Daily Sun (published December 13, 2019) and in a response to a letter by Bishop CSS Bello alleging as follows:

– “That he was invited to the Governor’s Office, Kaduna, about the Zaria cathedral demolition to drag him into trouble but refused to attend the meeting and didn’t enter into their trap.

– “That the day the chief of Adara was invited to the said Governor’s Office was the very day he was waylaid on the way and killed.

– “That the governor has been angry with him and the Christian Association of Nigeria (CAN) for making noise over the demolition of Zaria cathedral.

– “That when the Governor’s House trap failed, another meeting was organised in Kano State so that he can be ambushed on the way and forced into apologising to the Governor, which he will never do.”

The police then concluded that its investigation revealed that Bishop Ogunyemi committed the offences alleged contrary to Sections 371, 373 and 377 of Kaduna State Penal Code, Law 2017.

Even in statements he made to the police on January 27 and February 11, Bishop Ogunyemi did not say or suggest that he was being tried for saying Governor El-Rufai would never become president.

He admitted granting interviews to Punch and The Sun but insisted that the words complained of were contained in personal letters he wrote to some Anglican bishops with whom he had some disagreements. He said the comments he made about the death of the Adara chief were sourced from the press and social media.

Bishop Ogunyemi is also facing a civil suit from a fellow bishop, Ali Buba Lamido, Bishop of Wusasa and Dean of the Church of Nigeria. Mr Ogunyemi had accused Mr Lamido, who is Fulani, of being a Muslim spy, planted to rise eventually to the position of Primate, just like the Muslim world planted Barack Obama to pretend as a Christian for more than 20 years.

The reports by the newspapers on the arraignment of Bishop Ogunyemi are inaccurate and misleading. Court and police documents reviewed for this report showed that Bishop Ogunyemi is not being tried for prophesying that Governor El-Rufai would not be president.

He is facing charges of defamation of character, injurious falsehood and criminal intimidation partly due to complaints made to the police by some fellow bishops of the Anglican communion who Mr Ogunyemi had attacked in the media and in letters.