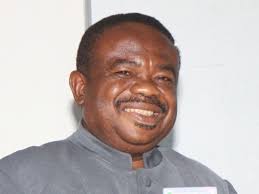 On the 20th of May, we will celebrate the 12th anniversary of the official take-off of the operations of COSON which has become Nigeria’s must successful and most admired copyright Collective Management Organization (CMO).

On the same 20th of May, we will mark the 5th anniversary of the commissioning of COSON House in Ikeja which continues to sparkle and which my communications team does not talk about without prefixing with the adjective, “magnificent”.

Yes, we will continue to remind everyone that there is not one Naira of government money in the acquisition and construction of the “magnificent COSON House”, no donor dollar or pound came from anywhere and that we acquired, built and equipped COSON House with no bank loan and no debt of any type. The sparkling national green colour of COSON House tends to suggest to some people that it is federal government property. No! COSON has never received any type of money from the government.

Fired up by our exhilarating slogan, “let the music pay!”, COSON has in its less than 12 years of operation, distributed hundreds of millions of Naira as royalties to its members and affiliates. In April 2020, even with the major bank accounts of COSON frozen and the issues in court, COSON in a responsive and responsible manner reacted to the suffering of thousands of its members across the country under the pressure of the COVID 19 lockdown. The society became the first Nigerian institution to provide anti Coronavirus palliatives to its members at a time of great need. At first, =N=50 million was approved by the COSON Board for this purpose. An additional =N=22.5 million was later approved. The distribution was done in a very structured, professional and transparent manner which was widely celebrated by members of COSON. You know what? Bad belle people started writing petitions saying that it was a scam and nobody received the money. The fact is that nobody was paid in cash. There are bank records showing the payment of the Covid 19 relief to thousands of COSON members. The reality is that scammers believe that everybody is a scammer!

Suddenly, everybody wants to set up a CMO, to copy COSON! In the typical Nigerian fashion, all the people who want to make quick money think that they can replicate COSON. They want to turn the very complex system of collective management of copyright into their new “pure water” business in which everyone has his own cheap cellophane bag littering the streets.

Not too long ago, I was President of PMAN. With a driven team, clear vision and never-say-die passion, I worked 25 hours every day, eight days a week, to make PMAN a glorious national brand. Everyone across the world, from the President of the Federal Republic, governors, ambassadors and stars of all colours wanted to associate with and rub shoulders with PMAN. PMAN became a much-admired name and the toast of the nation and the continent. I sought for and obtained sprawling land in a glorious location in Abuja to build a magnificent PMAN Plaza. Indeed, the foundation of the PMAN Plaza was started. And the dam broke!

Every musician in Nigeria who could afford a rickety ‘tokunbo’ SUV began to see himself as President of PMAN. To be PMAN President became the burning ambition of a lot. It became too noisy and I walked away.

Do you know that at some point, there were four people simultaneously calling themselves PMAN President?! With all due respect, none of them understood the vision or the mission of PMAN. PMAN is a registered trade union but none of the ‘Presidents’ understood the Trade Union Act or even the PMAN constitution. We all can see where it has led PMAN. Sadly, the PMAN Plaza was never built. I have been told that the land was sold and the money was wacked!

In my service to the creative industry in our nation, I have always been driven by those almost forgotten words, “together we stand, divided we fall”. The strength of PMAN came from the bringing together of diverse people across Nigeria to share in one vision. I toured nearly every nook and cranny of our country to make that possible. It required an incredible amount of work and heaps and heaps of personal sacrifice. The language was one of unity and not that of division and hatred. Today, when you go to any of the platforms opened in the name of PMAN and read the gutter language, the language of hate and odium that is everywhere, you must shudder. The ignorance on most of the issues is incredibly shocking.

Either as President of PMAN or Chairman of COSON, I have never gone into a meeting or discussions with any group without first getting a good grasp of the relevant laws, the rules, the issues, the statistics or the trends. I believe that every great leader must remain a student through his tenure with the appetite and humility to learn as much as possible. I wish to repeat that there is nothing worse than an ignorant leader.

I have repeatedly told people that you can never become rich by doing the kind of work that I do. What drives you must be the genuine love of people and not the love of self. You can never build a great trade union or an outstanding CMO if you are driven by self-interest or the interest of you and your handful of friends. When you lead a CMO or a trade union, you work for others and not for self.

I see all the people positioning themselves to launch new CMOs in Nigeria and ask myself whether they truly understand what it takes to make a CMO work. Do they know how many years of study, work and patience it has taken COSON to be where it is? Do they have the requisite technical knowledge? Do they know how many court cases that litter the road COSON has had to travel? Do they think that there is anyone out there with bags of money waiting to give to them just upon their asking? Do they think that there would be no new arguments, quarrels or disagreements within whatever contraptions they have in mind?

I look around and I see all the people who not long ago thought they would become super rich by becoming PMAN President and I ask, “how has it panned out guys?”

I know those who are desperate to grab COSON and do to it what they did to PMAN. Give them six months and they will sell COSON House. We will not let them.

Let me say again that setting up a CMO is not pure water business. If you want to be rich?… Please, don’t go set up a CMO!

See you next week.