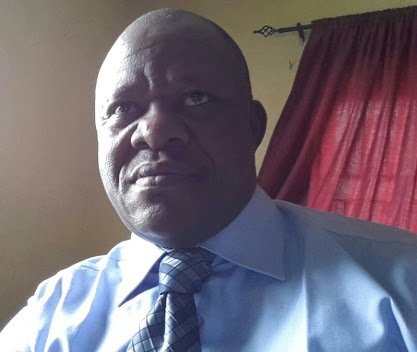 The (yet to be completed) Dr. Akanu Ibiam International Airport, Enugu, AIIAE, is reopened for business. The story of this development is peculiar. As one who has followed it every inch of the way, I will narrate it briefly. On May 24, 2019, the Federal Government announced plans to shut the Enugu Airport for “security reasons”. For the Igbo nation (perhaps Nigeria’s most travelled group) it was a huge blow, and the issue was hotly discussed across the social media platforms.

More light was shed on it on August 17, 2019 when the General Manager (Corporate Affairs) of the Federal Airports Authority of Nigeria, FAAN, Mrs. Henrietta Yakubu, announced the “indefinite” closure of the airport’s runway for “major repair works”. What many people found annoying was why it would take an indefinite closure to fix the airport when it took the Federal Government only six weeks to complete the second runway of the Abuja Airport between March 9 and April 19, 2017.

The Ministry of Aviation and FAAN later clarified that the airport would be reopened “before Christmas”(December 2019). But by late September 2019, nothing had been done and this caused great agitation among the people of the South East at home and abroad. That was when two remarkable Nigerians: the Aviation Minister, Alhaji Hadi Sirika; and FAAN MD, Captain Rabiu Yadudu, stepped into the ring. On October 17, 2019, President Muhammadu Buhari approved N10bn for the job and Sirika pledged to relocate to Enugu to personally oversee the daily work. This is obviously Sirika’s biggest achievement since his Ministry was detached from the Federal Ministry of Transportation. It is not easy to see Nigerians devoting such single-minded commitment to a project sited outside their home regions.

The latest renovation of the Enugu Airport is probably the most democratically executed project in Nigeria’s history. The Federal Government, in a surprise move, decided to win the confidence of the Igbo nation by involving the South East Governors, Ohanaeze Ndi Igbo and a foremost Igbo interest group, Nzuko Umunna, in actualising the project. The Minister, FAAN MD and the South East Governors adopted the nomination of Nzuko Umunna’s Chris Okoye, an engineer, to monitor the project and report back to the Igbo nation; an assignment that Okoye carried out with distinction.

The Federal Government decided to go beyond merely rebuilding the runway. They settled for the airport’s overall upgrades to a “tech-driven” facility able to handle full international operations. What it means is that the new Enugu International Airport can operate just like the nation’s international airports in Lagos, Abuja, Port Harcourt and Kano. The airport’s reopening was scheduled for April this year, but the COVID-19 pandemic intervened to stretch the duration of the closure to one year.

Right now, we are celebrating a mission (almost) accomplished. Hope the rest of the unfinished job will actually be finished. Apart from the Federal Government’s uncommon zest and the absolute support the Igbo leadership put in, the Governor of Enugu State, Ifeanyi Ugwuanyi, also asserted his able leadership. He stepped on toes whenever the occasion called for it, and such annoying occasions were many. There was one John Emejulu who procured a queer court warrant with which he demolished a section of the airport’s perimeter fence in a purported move to reclaim his property! An angry Governor Ugwuanyi quickly mobilised bulldozers and knocked down Emejulu’s houses as they “violated” town planning regulations. How on earth can anyone demolish a government property and expect to get away with it? Why would a court grant the warrant for an individual to demolish a federal property? Some things are difficult to understand!

Another challenge the project ran into came from a parastatal under the Federal Ministry of Transport: the Nigerian Railways Corporation, NRC. The Enugu State Government, as part of its own obligation to remove all obstructions that hitherto made the airport a “security risk”, on August 14, 2020, demolished some shanties in which the NRC took exception to. The bickering is still going on, but what do I care? I support the Enugu State Government’s action.

When the NRC is ready to restore the Eastern rail network, its needs will also be addressed. Now that the Enugu International Airport is a reality, a new impetus has been opened to Nigeria’s economy. As I noted elsewhere, when we talk about diversification, it should not only be about oil. It is also about opportunities. When you restore shipping to the Eastern Ports and grant the Enugu Airport full international status with the relevant facilities, you open up the Eastern flank of the Nigerian economy. They will benefit the Igbo people who own the catchment area. They will also benefit other Nigerians and international stakeholders in our economy because these are not ethnic facilities.

Those who neglected the East because of the Civil War were really afflicted with poor minds! Poverty starts in the mind before it becomes physically manifest. Our people have a saying: when a woman marries two husbands, she knows who treated her better. There was President Goodluck Jonathan who appointed Senator Stella Oduah and Osita Chidoka from Anambra State as Ministers of Aviation. The Enugu Airport was a beneficiary of that regime’s airport upgrades in 2012. But barely seven years later, it had to be shut for another upgrade, this time by President Buhari with Hadi Sirika as Aviation Minister.

Are you thinking what I am thinking? Whenever good overcomes evil, there is great rejoicing among the people. South-Eastern people have been cheated out of their share of public appointments under this regime. Armed herdsmen have been allowed to kill farmers, kidnap people, rape women in their farms, and forcefully settle on people’s ancestral lands. But through it all, a refurbished international airport has replaced the dilapidated one. We are watching, our scorecard is still open.