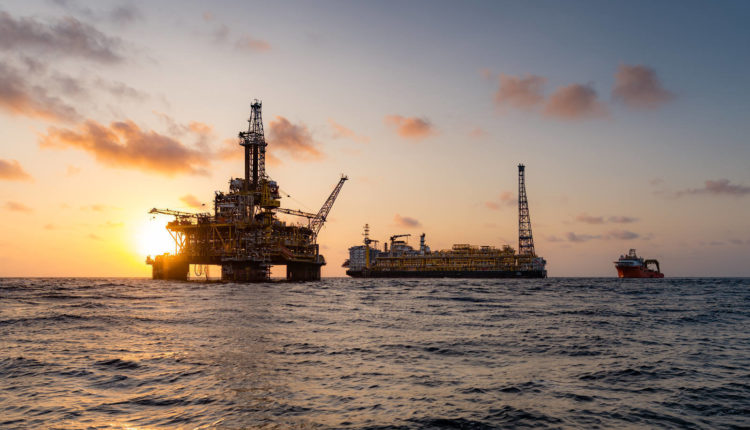 Oil majors may be forced to adjust to cleaner sources of energy, the world’s largest oil and gas firms could sell or swap oil and gas assets of more than $100 billion, and this was according to a report by global energy watch Rystad. Rystad said that oil and gas majors were revising their long-term oil price and demand outlook and that they need to streamline their portfolios significantly to improve cash flow, cost efficiency, and competitiveness.

A Rystad Energy study of the geographical spread of ExxonMobil, BP, Shell, Total, Eni, Chevron, ConocoPhillips, and Equinor – which it calls “Majors+” – reveals that to adjust to the energy transition, the eight companies may need to divest combined resources of up to 68 billion barrels of oil equivalent, with an estimated value of $111 billion and spending commitments in 2021 totalling $20 billion.

The key criteria for determining whether a Major+ would benefit from staying in a country are the company’s cash flow over the next five years, the potential growth in its current portfolio, and its presence in key E&P growth countries towards 2030. Based on this, Rystad claims that Majors+ may seek to exit 203 country positions and, as a result, reduce their number of country positions from 293 to 90. Rystad Energy’s SVP Tore Guldbrandsoy said: “Companies will look to expand in the prioritized countries through exploration, acquisitions or asset swaps with other Major+ players.

“However, to stay in a country that our criteria exclude, a company may instead seek to grow its local business more aggressively to make sure the portfolio will have a positive and more significant impact on overall performance“. Majors+ altogether need to exit 203 country positions in 60 countries. The remaining countries after the screening vary from six to 16 countries per company.

Rystad Energy’s study shows that all the Majors+ companies are likely to keep a presence in the U.S., and most of them may also remain in Australia and Canada. On the other end of the scale, there are quite a few countries with only one oil major present, including Argentina (BP), Ghana (Eni), Thailand (Chevron), and Guyana (ExxonMobil). In some of these countries, it could be tempting for others to stay or increase their presence as the competition may be more limited. At the same time, these countries could also be growth targets for other companies than the Majors+.

The results of the study indicate several potential deals among Major+ players buying portfolios from each other to boost their position in a key country. For example, BP, Eni, and ConocoPhillips could consider acquiring the Indonesian portfolios of ExxonMobil, Total, and Shell. Shell’s and Total’s portfolios could be of interest to BP if the UK-based company wants to enlarge its Indonesian LNG asset base and take on a new growth asset.

Further analysis of other parameters of the portfolios, like hydrocarbon type, supply segment, size, and asset location, will help identify the best acquisition target for each region. Indonesia is a place to stay for gas assets, with a mixture of onshore, offshore shelf, and deepwater assets across all lifecycles – but a company’s portfolio needs to be material over the longer term.

In recent months, Majors+ are already putting larger portfolios up for sale, like ExxonMobil, which is planning several country exits including the UK, Romania, and Indonesia, and Shell which was trying to exit a key LNG asset in Indonesia in 2019. This shows that the Majors+ are well aware of the need to focus their portfolios to improve cashflow, efficiency and competitiveness as the energy transition accelerates – but so far, the steps may be too small.

The current market situation means that the cash available for acquisitions could be limited, and price volatility could make it difficult for buyers and sellers to agree on a valuation.An alternative way for the Majors+ companies to exit some countries and grow in others could be to do swaps between country portfolios. This could include two or more countries to align values and reduce the cash element of a deal.

For this there are several such opportunities – for instance, BP could swap its position in Algeria for Eni’s holdings in Australia. As BP’s Algerian portfolio is valued at around $320 million and Eni’s Australian portfolio at about $466 million, the companies would have to find additional conditions to even out a swap. Another example could be Shell swapping its assets in Norway for Total’s portfolio in Oman. Rystad also expects that Majors+ will divest assets with high emission intensity to meet long-term targets for reducing emissions.