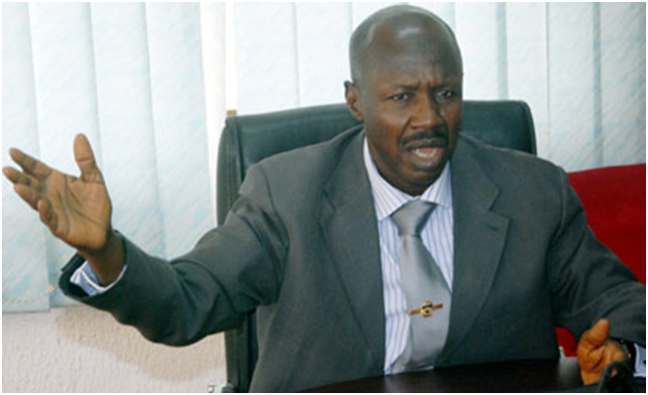 The Economic and Financial Crimes Commission (EFCC) recovered more than N102 billion in 2016. This was contained in a report Ibrahim Magu, acting chairman of EFCC, submitted to the National Assembly when he appeared before the House of Representatives Committee on Financial Crimes defend the commissions 2017 budget and account for its 2016 budget spending.

The Commission also noted that out of the 37 accounts frozen/forfeited, six banks are yet to provide relevant information on the amount accrued into the suspected accounts within the period under review.

The report showed that the EFCC secured 135 convictions in 2016. Forty Six convictions were secured from Lagos zone, 30 from Abuja zone, 22 from Port Harcourt zone, 19 from Kano zone, 15 from Enugu zone and three from Gombe zone.

The anti- graft agency boss asked for the committee’s support saying “corruption is fighting back.”  He said in a bid to enhance the efficiency of the agency, offices in Kaduna, Ibadan, Edo and Maiduguri were resuscitated.

Chairman of the Committee, Kayode Oladele, lauded the achievements of the anti-graft agency in its fight against corruption.

He said: “For the first time in Nigeria’s history, anti- corruption searchlights have been beamed on the judiciary and the revelations have been mind- boggling. In addition, similar exercises in the arms procurement process by the Nigeria military have also led to several arrests. Overall, the EFCC has made the highest numbers of recoveries of stolen resources (running into billions of Naira) in a single year in the annals of Nigeria’s anti- corruption efforts.”