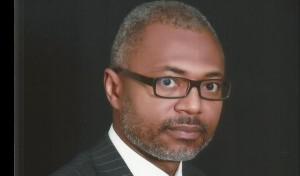 The Economic and Financial Crimes Commission (EFCC) on Monday arrested the Director General of the National Broadcasting Commission (NBC), Emeka Mba over ownership of a secret account containing N17 billion allegedly belonging to the commission.

EFCC operatives had been on the trail of Mba and some of his directors since last week until yesterday when they were able to get him.

Mba was arrested in Abuja and taken to EFCC custody for questioning after the commission’s investigators traced the slush fund to a secret account in an unnamed bank allegedly being operated by him.

An EFCC source said the commission, under Mba, operated the account in spite of a directive by the presidency to collapse all government accounts into the Treasury Single Account (TSA) at the Central Bank.

The source reveals: “The recent discovery of an undeclared NBC account in one of the leading commercial banks from which the NBC had been paying for some ‘special projects’ long after other MDAs had stopped making such payments in compliance with the TSA policy triggered the EFCC swoop.

“Cases of award of contracts without due process and back-dating of award documents are also being probed.The exclusive access to millions of naira set aside by the NBC management to pre-empt the looming financial squeeze of the TSA policy and the barely concealed liquidity of several companies being patronized by the NBC raised eyebrows among other contractors whose payments were stalled by TSA implementation and they complained aloud.”

Ibrahim Mustafa Magu led EFCC is also investigating petitions against the management of the NBC over alleged shady award of contracts.

According to insider scoops, the anti-corruption agency had been investigating Mr. Mba following a petition against him by some contractors and broadcast license losers who alleged that the process of awarding contracts and issuance of licenses were not transparent and also breached due process.

“They said the broadcast regulatory body was favouring some organisations over others in the award of contracts for the production of set-up boxes for digital broadcasting in Nigeria.

“NBC even went out of its way to stand as a guarantor in a bank loan to one of the contractors in the production of set-up boxes scheme. It was the discovery of this in the account of the contractor that led the EFCC to probe the NBC”, the source, who pleaded anonymity, stated.

The NBC is also reportedly mired in N34 billion MTN spectrum sales deals said to have been sealed without compliance with procurement rules and due process by stakeholders in the forthcoming digital switch over project.