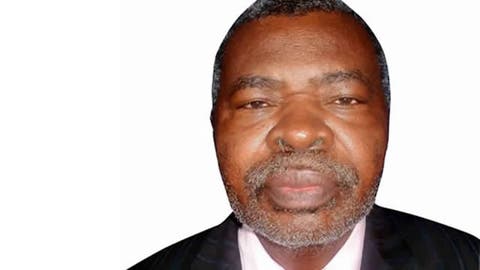 Last Sunday, the Independent National Electoral Commission announced that Mr. Godwin Obaseki, incumbent governor and candidate of the Peoples Democratic Party, had emerged winner of the Edo State governorship election that took place the day before. Contrary to predictions of an election too close to call, Obaseki coasted home by a wide margin, polling 307, 955 votes, while his closest rival, Osagie Ize-Iyamu of the All Progressives Congress, scored 223, 619 votes. For a state of five million or so people, the voting population and the number of citizens that elected Obaseki, less than 400, 000, must be judged as comparatively small. Not peculiar to Edo State or even to Nigeria, it however, even if allowing for the COVID-19 pandemic, raises issues of legitimacy and the yell of whose democracy? Compared to the scale of violence and forebodings of the campaign season, the election itself, relatively peaceful and orderly by Nigerian standards, came off like a happy anti-climax, and to an extent, signals, occasional hitches notwithstanding, the maturing of INEC from an earlier bungling phase and elections ridden with logistical fiascos. Hopefully, the commission will sustain its new tempo through the fast-approaching Ondo election and well beyond it.

One of the questions or puzzles frequently raised in ongoing discourse is why the ruling APC, not only lost by an appreciable margin, but also suffered the humiliation of its candidate, Ize-Iyamu, losing in his own council. To some commentators, the election is the unmasking of the APC, whose honeymoon with the voters has all but ended, considering that the government is currently grappling with severe social, economic and other problems. Plausible as that is, it would be foolhardy, if not unscientific, to build such a claim on just one example of electoral loss. A trend will have to emerge before such a hypothesis can be fully substantiated. A more convincing explanation has to do with the internal rifts within the APC, with virtually every state factionalised and conflict-ridden. Of course, the PDP carries its own burden of incoherence and internal crisis, but it far more cleverly managed the cracks by showing a united front with its governors and others rallying around the Obaseki-Shuaibu ticket. By contrast, several of the governors and big-wigs of the APC maintained a calculated aloofness from their candidate with a few such as Senator Rochas Okorocha, former governor of Imo State, openly mocking the defeated Ize-Iyamu, by saying that Edo people voted against injustice. Obviously, this may be a fallout of the undiplomatic and high-handed manner in which Adams Oshiomhole ran the party during his tumultuous tenure as National Chairman. Beyond that, however, some have discerned a dress rehearsal of sorts for the 2023 elections, in which case, it was important to send early warnings to perceived opponents by ensuring the defeat of their candidate. It is not clear how quickly the party will emerge out of its current debacle, and whether it would be a capable vehicle for the 2023 elections. Dwelling too much on political elites may be discounting the role of voters and the masses, a pitfall which the late Oxford scholar, Raufu Mustapha, consistently warned against. So, we must grant due credit to Obaseki, who as incumbent, made noteworthy inroads in governance, especially in the rehabilitation of schools. In the absence of a formidable opponent, different from the somewhat jaded Ize-Iyamu, Obaseki’s achievements, though modest, were portrayed, through an adroit advertising campaign, as seminal.

In the same connection is the fact that Ize-Iyamu appears too much a willing tool in the hands of the scheming and somewhat cynical Oshiomhole, who was pursuing an advertised mission of cutting his enstranged godson to size. It was easy to see through such gimmicks, and to stay with the relatively performing Obaseki, than to line up behind someone else’s vengeance mission. Interesting too, is the backlash provoked by the role of Asiwaju Bola Tinubu, who as a party loyalist, robustly identified with Oshiomhole’s candidate, thus making him a sitting duck for blame and charges of godfatherism. Captured in the slogan, “Edo No Be Lagos”, it was easy to demonise his support as yet another attempt to ‘capture’ Edo for purposes other than good governance. On a broader canvass, Oshiomhole’s choice of Ize-Iyamu should have been more rigorously interrogated by the party chieftains if only because of the hefty demarketing of the same candidate by Oshiomhole, a few years ago. In other words, by simply allowing Oshiomhole to impose a weak candidate, the APC had conceded the moral ground to the opposition, making its efforts look more like performing the miracle of raising the politically dead. Matters were not helped by the relative inarticulateness of the APC candidate, who in any case, was overshadowed by the ubiquitous Oshiomhole, who went everywhere campaigning for him. As matters stand, the election results have completed the demystification of Oshiomhole and perhaps his predictable banishment into the political wilderness. His current downturn is an illustration of the Chinese philosopher, Confucius’ sagely counsel that, ‘Before you go on a journey of revenge, dig two graves’. This writer had occasion to refer to the costly ego fight between Oshiomhole and Obaseki as a journey of mutually self-assured destruction. As it turned out, by pushing Obaseki to the opposition party, the former APC National Chairman assured his victory, while unknowingly sentencing himself to premature political extinction.

There is much to learn, especially in our political environment, about the consequences of politics of bitterness carried to an extreme degree, but that is a matter for another day. Wisely, Obaseki has raised an inclusive banner rather than a narrow-based triumphalist platform designed to settle scores. Time will tell, however, whether this is only post-election optics, or whether he really means to govern above the politics of revenge. In this respect, he should be guided by two factors, namely: the small percentage of Edo citizens who elected him, and the fact that the state that has given him another four-year mandate is still in the woods and remains one of the poorest in the geopolitical zone, and in the nation at large. Consequently, spending time and resources on another revenge mission and the politics of exclusivity can only make matters worse by diverting his focus away from statecraft. This is the time for him to build a lasting legacy by improving upon the forays he has made in the direction of good governance. Also in need of healing and redirection is the APC, which, in spite of its internal divisions, raised its ante by congratulating the victorious Obaseki, thereby steering away the polity from the familiar do-or-die mentality. Nonetheless, it would appear that conflicts are mushrooming faster than the assignment of the National Reconciliation Committee set up by the President.

For the party to matter to itself and to the electorate, it must be able to survive the internecine conflicts and clashes that continue to bedevil it. As of today, its future especially in the post-Buhari era remains relatively uncertain, considering the fact that shadow-jostling for an election still three years away is already taking so much attention. Undoubtedly, there is a need to reconfigure the two big parties in order to make them more like parties with clear policy niches than are loose assemblies of office-seeking individuals.