Edo, a referendum on APC, Tinubu and Oshiomhole 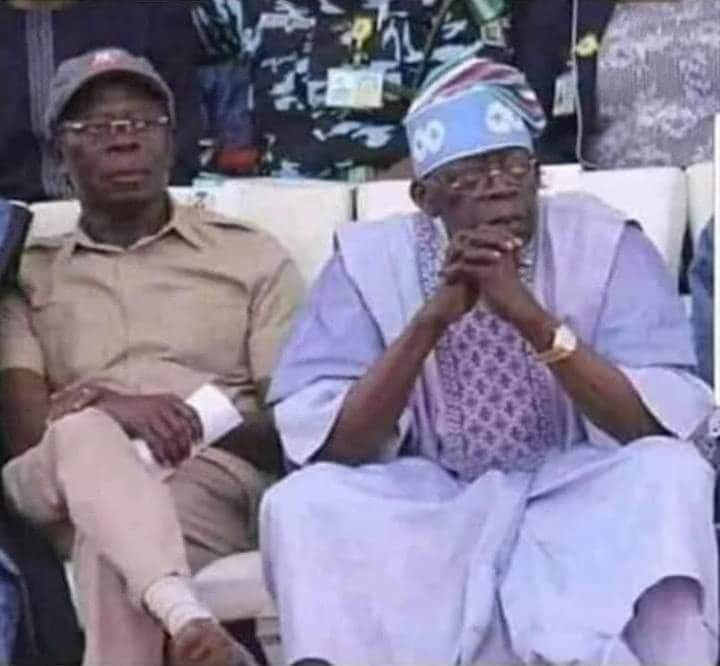 The outcome of the Edo State gubernatorial election which has the People’s Democratic Party’s (PDP) flag-bearer in the lead has been described as a referendum on the All Progressives Congress (APC), the interference and meddling of Asiwaju Ahmed Tinubu, and the godfatherism of Adams Oshiomhole. Observers are unanimous that the people of Edo State voted massively for the People’s Democratic Party (PDP) not because the party offers something different from the All Progressives Congress (APC) but to send the message of total rejection to godfatherism as exemplified by the Party’s leader, Asiwaju Bola Ahmed Tinubu.

The rallying call across Edo State that “Edo is not Lagos”. This phrase which had the hashtag ‘#EdoNoBeLagos’ was shared by hundreds of thousands in response to the request by the Godwin Obaseki camp to reject meddlesomeness and interference of Bola Tinubu. They captured that call with the Edo term ‘Ogbane’ in reference to that call. Ogbane according to analysts is similar to the campaign in Kwara State during the last gubernatorial elections for the rejection of the control of Kwara politics by the Saraki household using the term ‘O to ge’, meaning it is enough.

This call gained traction and trended on many social media platforms after Asiwaju Bola Tinubu released a video calling on the people of Edo State to vote for Pastor Ize-Iyamu and reject Godwin Obaseki. Many in Edo State saw this as an affront to have Tinubu dictate to them on who they should accept or reject. Moreso, many in Edo State were against Tinubu’s meddlesome, and efforts to add Edo State to the list of states under his control. Reports from the State say that many undecided voters made up their minds after watching the Tinubu’s video as Obaseki’s supporters maximised it to drive home the point that Tinubu is out to conquer Edo and make it his backyard, a thought Edo people, who take pride in their rich historical heritage were said to find offensive.

A sore point in this Edo election is how Adams Oshiomhole, once a loud critic of godfather politics, entrenched himself as one upon leaving power. Against Tony Anenih and Lucky Igbinedion, Oshiomhole railed about returning power to the people. Observers say that Oshiomole’s words have a way of always coming back to haunt him. His videos praising Godwin Obaseki four years ago have made a prophetic return today, as are his attacks on Ize-Iyamu, his current endorsement he once opposed. Infact, most of the political advertorials by the Godwin Obaseki camp at this election focused mainly on the words of Adams Oshiomhole praising Obaseki as the best man for the job.

Add to that, many of the voters say that the worsening economic and security situation across the land helped them make up their minds to reject the All Progressives Congress (APC) that has failed to keep to its promises to provide security. Edo State is among the states that has suffered a series of kidnapping and violence in the hands of criminal herdsmen. Some APC faithfuls are said to have worked against the Party because of the manner it treated Godwin Obaseki which is similar to how the former Lagos State governor, Akinwumi Ambode was disgraced out of office. There are reports that some APC governors and ministers also worked against the Party due to their disagreement with Adams Oshiomhole.

Add to this, threats by the United States government through the Department of State to place certain politicians on its Visa ban list for election malpractices seem to have played a role in ensuring that the Edo State elections were relatively free and devoid of the type of violence witnessed in the past.