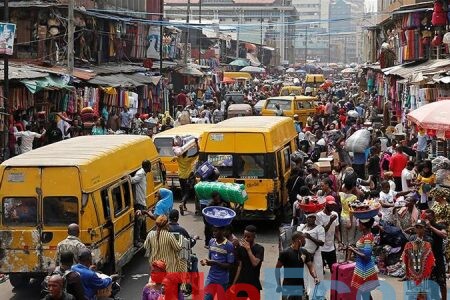 It may not be all doom and gloom for the Nigerian economy after all; this was the submission of analysts at Comercio Partners who said that there are bright economic prospects despite the drop in crude oil prices and foreign exchange issues, among other economic challenges occasioned by disruptions from COVID-19.  This was disclosed in a report entitled ‘Despite COVID-19 disruptions, Comercio Partners foresees bright prospects.’

According to the report, the Nigerian economy is currently in dire straits with major economic indicators looking grim due to increasing external shocks. It stated, “The COVID-19 as well as the drop in crude oil prices, the country’s major source of revenue, indeed exposed Nigeria’s weak underbelly. “Crude oil represents over 80 per cent of Nigeria’s export revenue, and a downturn in the market for the commodity always has a ripple effect on the economy.

“Often, this shock has a pass-through effect on the foreign exchange market, thereby leading to depreciation of the naira exchange rate and putting pressure on external reserves as seen in recent times.” As predicted, it said, due to these external shocks, Nigeria’s Gross Domestic Product for the second quarter of 2020 contracted by 6.1 per cent, which was the first negative growth since the first quarter of 2017.

The report said more worrisome was the projection that the country would plunge into a severe economic recession this year, the worst since the 1980s, according to the World Bank. It noted that the World Bank had projected that the pandemic would push about five million more Nigerians into poverty this year. The report said while before the pandemic, the number of poor Nigerians was expected to increase by about two million largely due to population growth, the number would now increase by seven million.

Owing to the gloomy outlook, analysts at Comercio Partners noted that the impact of the pandemic and its unprecedented consequences had taught the global economy an important lesson on the need for brands to be innovative and agile. It pointed out that the global economy was in an era of volatility, uncertainty, complexity and ambiguity, adding that the uncertainty had been heightened by the destabilisation of financial markets, protracted ultra-low interest rates, and changes in international affairs. The report acknowledged the facts and realities occasioned by the current pandemic.It pointed out that even though the full effect and duration of the COVID-19 pandemic was still unknown, though it appeared to have peaked in certain countries, most countries were still in a constant state of flux.

“The world continues to reel from the effect of the COVID-19 pandemic, which has created a new world order for businesses around the globe just as governments, brands and consumers are struggling to survive the deleterious effects of the virus,” it stated. But despite concerns in the global economy, the company’s Head Financial Advisory/Co-Managing Partner, Steve Osho, said, “We see a great future in Africa, occurrences such as the pandemic is a reminder of this assertion. “We like the dream of the future better than the history of the past; our words, messages, actions, services, businesses further confirm our belief in Africa’s business ecosystem.”

The Head of Trading/Co-Managing Partner, Nnamdi Nwizu, stated tnat the world had changed over the last six months and the current situation had made the market more dynamic. The Head of Investments/Co-Managing Partner, Tosin Osunkoya, said, leveraging the depth of resources to provide stability to growing wealth and the right partnership to the financing demands would support strategic business growth.