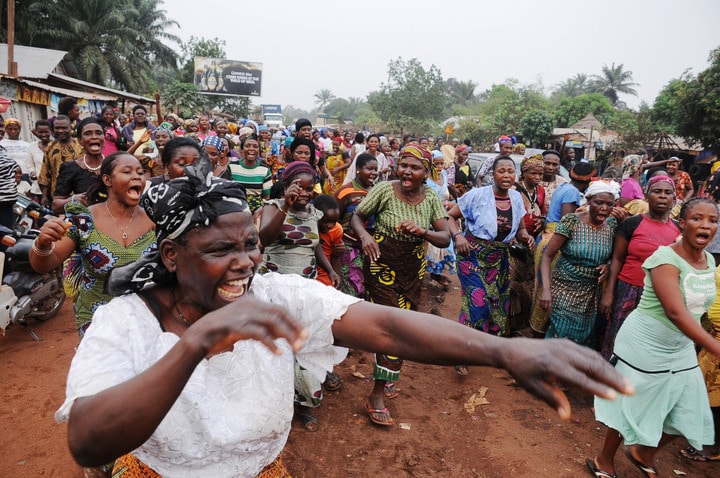 Women from four communities of Nkpoghoro, Ugwuegu, Ohaisu and Itim, in the Afikpo North Local Government Area in Ebonyi State, on Monday, marched through the streets of Afikpo town to protest against the destruction of their farm produce by herdsmen.

While singing traditional songs, the women, who carried sticks and drew marks on their faces with native chalks, called on the state and federal governments to wade into the matter.

The protesters equally marched through the popular Eke Market to the Afikpo North Council Headquarters at Amaechara.

They said the destruction of their farm produce by Fulani herdsmen was on the rise and called on the government to intervene before the matter escalated.

According to their spokesperson, Madam Ogwu Idume, their rice and cassava farmlands, including streams which served as drinking water in the communities, had been destroyed and polluted.

“Several efforts have been made previously through discussions with the head of the Hausa and Fulani community in Afikpo with no results”, she stated.

The Coordinator of Afikpo North Development Centre, Mrs Amuche Otunta, called for calm, saying violence would not resolve the issue.