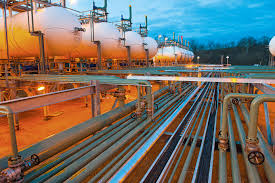 One of East Africa’s biggest petroleum infrastructure projects comes onstream next year as the government of Uganda, and the French oil supermajor, Total E&P moves rapidly towards common ground on the country’s oilfield project. The signing of the agreement has now paved the way for a final investment decision (FID) on the 230,000Barrels of Oil per day development. The final agreement on the Host Government Agreement (HGA) for the East Africa Crude Oil Pipeline (EACOP) project was entered into by President Yoweri Museveni of Uganda and Patrick Pouyanné, chairman and CEO of TOTAL over the weekend.

The two parties agreed on the participation of the Uganda National Oil Company (UNOC) in the EACOP as well as on governance issues around the benefits, to Host Governments from the export pipeline in Uganda. The project is expected to cost the consortium $3.5Billion, with construction expected to start early next year, a government statement declared. The Host Government Agreement aims to ensure that both countries (Uganda and Tanzania) fully benefit from the project in the course of transportation of the crude to the international market.

The Host Government Agreement will govern the construction and operation of the crude oil pipeline from Hoima, the Ugandan oil rich district, to Tanja, the Tanzanian port town from which the crude will be exported. “We now look forward to concluding a similar agreement with the Government of Tanzania and to completing the tendering process for all major engineering, procurement and construction contracts,” said Pierre Jessua, managing director of TOTAL E&P Uganda. Jessua said the conditions are set for the ramp-up of project activities and in particular, the land acquisition activities in Uganda. TOTAL E&P Uganda is leading the development activities towards production in the Tilenga project area – Exploration Area1 (EA-1) and Exploration Area2 North(EA-2N) within the Albertine Region.