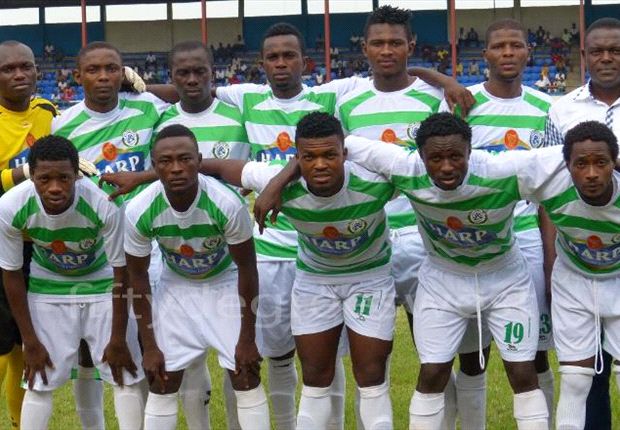 Nigeria’s second representative in the 2015 CAF Confederation Cup, Dolphins FC were eliminated by Club Africain on Saturday, March 14 through a ‘walk-over’ after arriving late in Tunis for the first-leg of the preliminary fixture.

Ethiopian match officials reportedly orderd the host to perform the traditional walk-over rituals after the Port Harcourt based club failed to show up at the match venue by the 3pm kick-off time.

Dolphin’s travel plans was reportedly stalled when the players refused to board an Emirates Airline flight in Lagos on Thursday night, in protest of unpaid salaries. Although, truce was eventually reached and the team travelled on Friday afternoon, the connecting flight from Dubai to Tunis could not arrive the Tunisian capital in time for Dolphins to meet up with the kick-off schedule.

It would be recalled that Heartland FC of Owerri suffered a similar fate in April 2013 against Union Sportif Bitam, when the team arrived late for a first leg fixture in Gabon.

Unlike Dolphins, Heartland travel plans were plagued by both visa and flight hitches. And by the time the team arrived Libreville on April 6, the match-day, officials of Bitam allegedly dodged and went ahead to conduct a walk-over on Heartland FC.

Wolves which knocked out Racing Club Bobo-Dioulasso 3-0 in the preliminary round, second leg clash in Warri, struggled to get past a resillient Ethiopian side that would be gunning to upturn the defeat in the return fixture in Addis Ababa, in two weeks time.