Nigeria’s government is on record to have said that the ubiquitous terrorists striking fear and misery in the hearts of citizens at will were all but vanquished.  Information Minister Lai Mohammed in concert with other top dogs of President Muhammadu Buhari’s administration in charge of PR don’t even stutter while spieling the official line, “the bandits (official euphemism for the murderous terrorists) have been technically defeated”, before going on to glibly insist that the lingering insecurity making the country a palpable hellhole, poses little or no real danger to the nation. 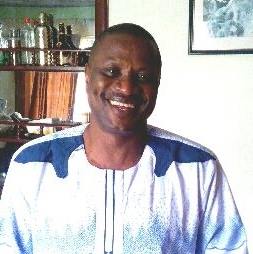 Critics and nation watchers just grit their teeth and shake their heads in disbelief while the average Nigerian simply girds his loins and goes about his workaday routine of trying to eke out a living in the dysfunctional socio-economic environment, caused in no small measure by the implacable insurgents.

Even that stoic disposition has been shattered by last week’s audacious bombing of a train along the Kaduna-Abuja rail line, in which dozens of lives were lost and scores more were brazenly abducted by the so- called “technically defeated” terrorists-bandits.

All this has pushed Nigeria’s citizens, buffeted on all sides by raging insecurity, economic meltdown and political uncertainty, to ask, as families of the abductees are doing: what do the terrorists want?

Interestingly, the terrorists have openly announced to the families of the hapless abductees in their den that this time round, they are not after ransom or money. Government, they claim, knows their demands and only government can effect the release of their victims.

Now this may seem curious to non-Nigerian events watchers, but not to turmoil-weary Nigerians.Virtually all state governors in the beleaguered Northern region of the country have openly had contacts with the terrorists and their representatives in fruitless bids to placate the blood-thirsty ethno- religious fanatics.

There’s been no shortage of ideas on how to deal with the insurgents. Kaduna State Governor, Nasir el-Rufai reportedly paid some off a couple years ago, in a deal that he thought would make the terrorists cease their murderous attacks on rural farming communities and travelers within the state. His counterparts in Zamfara and Katsina states have at various times met with the insurgents or their representatives with peace offerings of money and amnesty for their arrested foot soldiers. All these efforts where made without prejudice to the“peace”moves by some private citizens, notably, Sheikh Gumi, an influential, fiery Islamic preacher who was once an officer of the Nigerian  Army.

The Federal Government has not been inactive. It has tried a series of controversial deals and policies to rein in the swashbuckling terrorists who have remained a thorn in the authorities’ sides in the past decade. The most notable has been the de-radicalization and re-integration of so-called repentant terrorists into mainstream society amidst raucous objection by a section of Nigeria’s populace, who fear that government was just wasting resources on recidivist, hardened fanatics.

The sceptics were soon vindicated when it came to light that most of the “pardoned” repentant terrorists were merely on holidays, paid for by the same government they were sworn to bringing down. Embarrassed by the poorly thought-out policy, government returned to the original plan of going after the insurgents, whom it had now reluctantly branded terrorists, with the full force and might of the military. President Buhari has once again been heard “ordering” his security brass to go after them ruthlessly as he was accustomed to when he shelled out mega-bucks for the purchase of sophisticated equipment including US-made Tucano jets. Regrettably, for some unfathomable reason, the jets and other money-guzzling military hardware have not been seen to give any advantage to Nigeria’s military in the war against the misery-causing, economy-sabotaging, ultra-fanatical Islamic insurgents.

Matters have now come to a head with the recent train bombing. The entire nation has had it up to the neck. Hitherto reticent opinion leaders, including clerics, are now making comments deemed to be not just embarrassing to the government but also downright subversive.

And who can blame any Nigerian who blows his top in the face of what many consider the leaders’ insouciance at such a critical juncture in the nation’s political (2023 elections) development?

The train bombers and people abductors have openly said they are not, this time round, interested in money. They claim the government KNOWS what they want, but does it?

Many figures in government, not the least Governor El Rufai whose state is a hotbed of insurgency, have said they know who the terrorists are; their hideouts and have even been listening in on their calls and conversations.

What else does this government need to deal decisively, in its own parlance, with this destructive force threatening the very survival and existence of Nigeria?