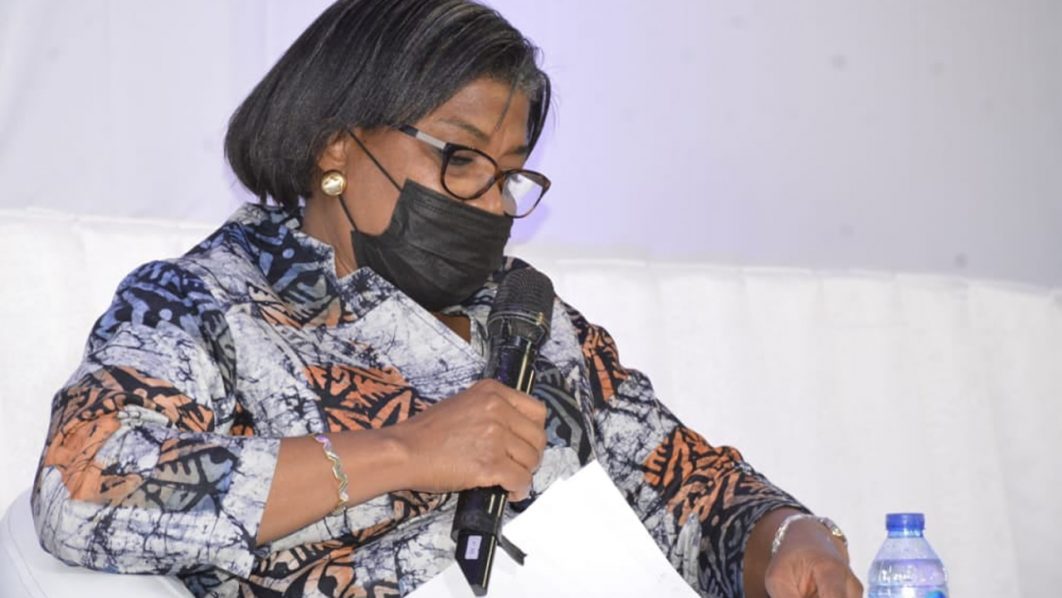 The country’s national debt stock hit N35.5 trillion at the end of June 2021, the Debt Management Office (DMO) revealed yesterday. The new figure is 7.75 per cent higher than the N32.9 trillion recorded at the close of last year.

According to the Director-General of the DMO, Patience Oniha, the external debt accounted for N13.7 trillion or 38.7 per cent while approximately N21.8 trillion was sourced from the local market.    Of the total value, 83.07 per cent was held by the Federal Government while the 36 states and the Federal Capital Territory (FCT) borrowings accounted for 16.93 per cent.

The percentage of FG’s share of the national debt had increased from 81.94 per cent as at December 2020.

Recall that the Minister of Finance, Budget and National Planning, Zainab Ahmed, had disclosed at a session organised by the African Development Bank (AfDB) that debts of some states were not captured in the figures regarded as national debts.

The DMO boss, Oniha, said the amount remained within fiscally accepted bound except that not much is done to shore up poor revenue. She explained that China accounted for about 10 per cent of the external debt (which amounts to approximately N1.37 trillion), while the multilateral organisations had the largest share of 54.9 per cent.

Oniha, in a virtual media chat yesterday, said the country risked the debt sustainability issue if it failed to grow the current low revenue profile, which places the country in the poorest category among its peers.

“We should focus on revenue. The good thing about it is that the Minister of Finance, Budget and National Planning has started a programme aimed at growing the revenue profile. We must discipline ourselves to follow through to grow our revenue. If we continue to borrow and do nothing about growing our revenue base as other countries have done, we may have a debt sustainability challenge,” she said.

The DG did a pair-wise comparison of national tax to gross domestic product (GDP) of 11 countries as of 2019, pointing out that Nigeria is among the countries with the least ratio globally. The selected countries were the United States, United Kingdom, Brazil, South Africa, Kenya and Mexico. Others included Canada, Morocco, Ghana and Angola.

While South Africa had the highest tax to GDP of 26.7 per cent, Nigeria sat at the bottom with 5.68 per cent. Angola, which came after Nigeria from the bottom, recorded 9.4 per cent tax to GDP.

Oniha said it was important to interrogate the reasons the country’s huge GDP has not translated to revenue, and that it was time the authorities aggressively pursued income-yielding policies.

She disclosed that the country’s debt to GDP remained considerably low at 21.92 per cent, up from 21.61 per cent last year. She, however, said it could increase to 35 per cent when the ways and means facility (WMF), that is, overdrafts with the Central Bank of Nigeria (CBN), is added to the debt stock.

On the current value of the WMF, the DG said she could only give information on the status at the beginning of the year, when it was estimated at N10 trillion, suggesting that the figure could be higher.

“We are currently working at converting it to a tenor facility. This is because overdrafts should be cleared when they are due,” the DMO boss started.

She had earlier in the year revealed that the facility would be converted to a 30-year facility.

The International Monetary Bank (IMF) Fitch Ratings had warned the government over regular recourse to WMF for deficit monetisation in recent years, saying it was a major cause of rising inflation and fiscal instability.

During yesterday’s engagement, the government was realistic about the current situation and the existence of WMF, hence extending the allowable debt to GDP ratio to 40 per cent.

Oniha accepted that external debt has currency volatility risk but noted that Eurobond has helped to “put Nigeria on the international financial market” and increased the external reserve position.

She added that “sourcing loan from the local market will be crowding out the private sector, hence the resolve to look outside,” even as the debt servicing to revenue stood at 43.2 per cent as of 2019.

Speaking on the recent request for fresh loans, Oniha argued that the amount was captured in the country’s Medium-Term Expenditure Framework and Fiscal Stability Paper (MTEF/FSP) and duly approved by the Federal Executive Council (FEC).

She argued that debts have enormous benefits for the economy and individuals and it was left for the country to make the best out of the debt market for the good of all.

On Tuesday, President Muhammadu Buhari had requested the Senate to approve tranches of external debts totaling about N2 trillion for specific projects across the country, which stoked uproar over the administration’s growing appetite for more loans despite its dwindling revenues.

The President, in the letter, said the new borrowings would shore up the country’s profile in infrastructural development and job creation.