Discos and the challenge of poor service delivery 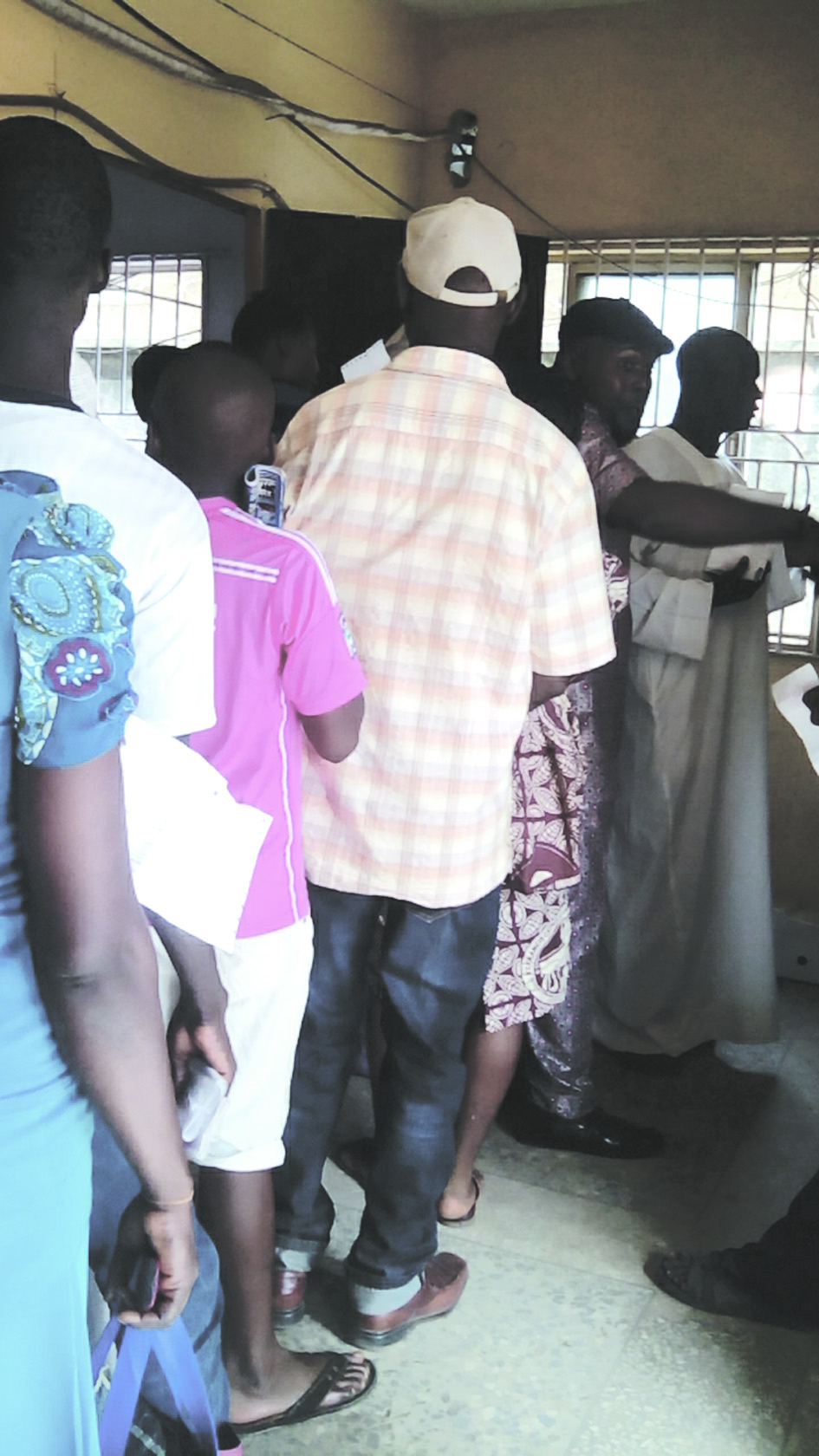 There is growing disquiet among electricity consumers and industry players as most electricity distribution companies grapple with poor service delivery , the teething problems associated with the ongoing payment system upgrade and high indebtedness by consumers, writes Olisemeka Obeche.

Although the recent revival of Nigeria’s largest power generation plant, Egbin thermal station which installed capacity of 220 megawatts is expected to boost power supply in parts of Lagos and beyond; such development may not be enough to ease the growing pressure on most electricity distribution firms over poor service delivery and revenue generation.

Latest investigation by TheEconomy in some electricity distribution offices in parts of Lagos reveals a growing discontent among consumers. Besides the usual angst over poor power supply and ‘outrageous’ bills, the ongoing payment system upgrade and restructuring have thrown up a new wave of customers’ backlash.

Mr. Anthony Emem, a Nigerian businessman based in Lome, Togo could not contain his anger after visiting Ikotun Business Undertaking office of Ikeja Electricity Distribution Company (IKEDC) three times, recently to sort out his bill payment hiccups without success. “This will be the last time I would be paying for this kind of electricity bill. I want them to come and cut the light so that I can only spend money on fuelling my generator,” he told TheEconomy as he stormed out of the office.

Mr. Emem, whose family resides in Governor’s Road, a suburb of Ikotun in Alimosho Local Government Area of Lagos State was one of the thousands of electricity consumers who throng various Disco offices on a daily basis to complain about mobile bill payment failure. Since the matter is basically a technical hitch emanating from the newly introduced payment system of using mobile recharge card vouchers to pay for bills, most customers receive just tutorial on how to load the recharge-card pins and told to keep trying.

Mrs. Charity Onogua, a caterer and resident of Ijegun, a suburb of Ikotun told TheEconomy that she bought a recharge card voucher worth N3,000 recently and was instructed to load it at night but she tried several times without success. She explained that when she returned to Ikotun Business Undertaking office to complain, she was asked to keep trying which, according to her, is money consuming as they deduct N10 from her airtime balance each time she dialed the pin.

Those paying their bills through the POS platform and internet are not spared of the technical hitches. TheEconomy findings show that POS machines and internet portals also encounter frequent network malfunctions and whenever they do, customers wait on the queue enraged. “When my neighbour told me the challenges he had while loading the recharge card voucher, I decided to go for the POS machine. I spent longer hours waiting for the machine to get signal, but I was happy I completed the transaction,” Mrs. Fatima Oyelowo, a resident of Bolade Oshodi said.

Nonetheless, officials of the power distribution company refused to accept blame for the crisis. The hitches, according to one of the officials who gave her name as Bukky, are due to system upgrade and traffic on the network as well as the inability of most customers to load the cards correctly. “The challenge customers are having is related to server overload and wrong process of loading the recharge cards. The system is not only new, the traffic is also high and many people are trying to recharge at the same time, hence we usually teach them how to do it and advise them to load the card late in the evening when the traffic is less,” Bukky explained.

However, the PRO of Ikeja Electricity Distribution Company, Mr. Olanipekun Adeyanju said that the management of the company is striving to resolve the hitches associated with the payment system upgrade. According to him, it was part of the teething problems associated with such transition.

Miss Charity Essien was stunned to see electricity bill lately, indicating that she was indebted to the Eko Electricity Distribution to the tune of N25, 963.86k. Her apartment, situated in the Mushin suburb had been cut off from the grid in early December when her debt had risen to N19, 238.36k following a backlog of unpaid bills and getting a bill as high as N6,000 for one month.  “It is crazy how this system of electricity works in this country. How did they arrive at the estimated bill of over N6,000 in December alone when they are yet to reconnect my light? How do they expect me to pay that,” she fumed.

Miss Essien recalled that the accumulated bill could have been easily slashed or written off for her had the officials handling her neighbourhood’s payment not been transferred to another outstation. “My electricity bills increased soon after he was transferred. And now that it has reached this outrageous level, I have decided to forget about light for now,” she said.

Although accurate statistics are not readily available, investigations reveal that the number of customers who are owing electricity distribution companies is quite high. And instead of offsetting their debt, some customers prefer to bribe officials to reduce the amount paid as electricity tariff, thereby defrauding the company. “The problem is that defaulting customers collude with staff to avoid paying what they were billed while continuing to enjoy electricity,” a top official of Eko Electricity Distribution Company (EKODC) who pleaded for anonymity said.

Findings by TheEconomy show that customers’ indebtedness, electricity theft and estimated billings remain the major problems confronting the new investors and their management team. For instance, data obtained by TheEconomy shows that between November 2013 and August 2014, Ikeja Disco had N49.142.39 million as revenue billed for collection but ended up collecting N35.979.81 million. About N14 million was yet to be collected from customers.

The Minister of Power, Prof Chinedu Nebo recently disclosed that more than 50 percent of electricity consumers in Nigeria do not have meters and this is affecting the revenue generation efforts of the Discos. “Some who are metered circumvent the meters and do illegal connections. Also, many people are not paying their energy bills. Many others are using electricity without the knowledge of the electricity companies. And that is why some of these companies reported a colossal loss of over 50 percent, some of them even 55 per cent,” the minister said.

However, with the discos struggling to remain solvent due to poor revenue, the distribution companies are taking desperate measures to check revenue leakages. “Definitely, the issue of electricity theft, customers’ indebtedness as well as the percentage of people still not issued prepaid meters remains unacceptably high and efforts are made to plug these revenue leakages,” a top official of the discos told TheEconomy in confidence because he was not authorized to speak to the press.

Expectedly, the demand for elimination of estimated billings through massive introduction of pre-paid meters is on the rise in parts of the country, especially Lagos State where customers are frustrated by the outrageous estimated billings without corresponding improvement in power supply.

In early February, some electricity consumers in Agbado Oke-Odo Local Community Development Area (LCDA) of Lagos State staged a peaceful protest, demanding for urgent installation of pre-paid meters in the area and an end to estimated billings. “We have met them several times, but they kept promising us that they will bring it (pre-paid meters). All we are saying is that they should give us meters so that we can measure the energy we use monthly,” Mr. Adebayo Alaye, chairman, Community Development Committee (CDC) of the area said, insisting that “Enough is enough!.”

“We have suffered a lot on this prepaid meter for quite a long time, we could no longer bear it again,” added Mr. Kasumu Olabowale, Secretary-General of the CDC of the area.

However, TheEconomy learnt that IKEDC has introduced a new reform aimed at tackling the challenges. These measures include massive metering of the unmetered customers, awareness campaign against electricity theft and accurate monitoring of customers’ electricity consumption and payments. According to IKEDC Managing Director and CEO, Abiodun Ajifowobaje, over 2,500 pre-paid meters have been installed in various locations for customers within the network to address overbilling.

Despite the power sector reforms and injection of funds to improve facilities and service delivery following the take-over by the power distribution firms, there are still doubts as to whether the number of staff and the quality of their expertise could meet the expectations of the companies and their customers. Mr. Gbenga Adesanya, an energy economist insists that the discos have not been able to improve their service deliveries and may not do so in the near future due to dearth of manpower and resources. “They (Electricity Distribution Companies) don’t have the required human capital to drive the process of transformation of the electricity distribution services in the country. That is the problem. And they now depend largely on soft loans from government to remain afloat.”

He added: “Take for instance, the pre-paid metering project. They have no resources to pursue it even though that would help cut loses.  The Federal Government had to order one million pre-paid meters for them and not much progress have been made by these firms in issuing out those meters to customers.”

Other analysts also reckoned that the drastic downsizing of workforce since the private investors took over the electricity distribution companies have hampered the efforts to improve on the quality of service delivery across sectors and stations. “They sacked many people who actually know the job better and now make use of casual workers and few staff of the defunct PHCN (Power Holding Company of Nigeria). And because they are understaffed, the quality of service delivery has fallen remarkably,” said Mr. Frank Ukoh, an energy analyst. According to him, the situation is worsen by the fact that most of the new entrants lack the requisite experience on the jobs they were recruited while the surviving workforce are largely ill-motivated to improve their job performances.

One of the former PHCN staff who survived the purge told TheEconomy in confidence that the working condition and volume of task remain a big challenge. “Apart from the fact that the pay was below what we are used to, we are expected to do more work under strict supervision. And that is certainly affecting the quality of service delivery,” she explained.

She added that the discos prefer using contract staff to do the job which she described as a shrewd way of reducing wage bills.  “Most of these contract staff do not possess the much needed work experience to deliver quality services compared to the former staff of PHCN,” she submitted.