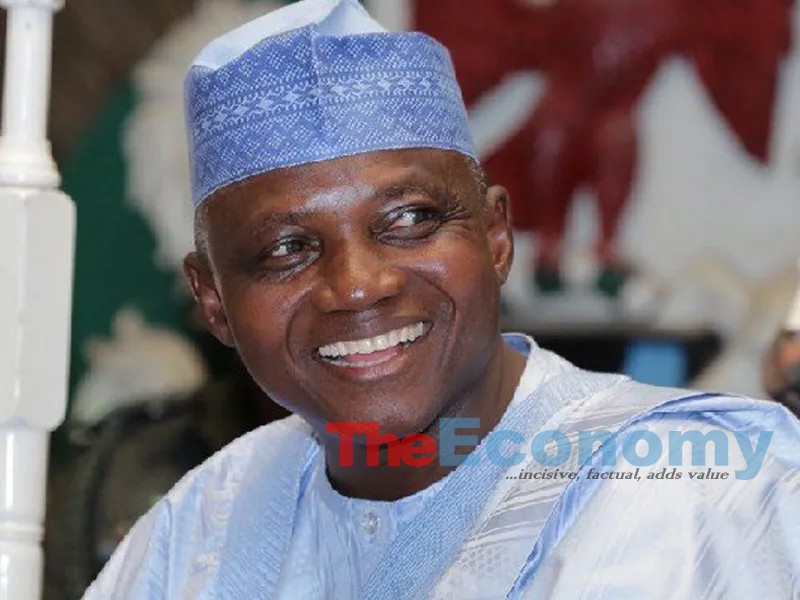 Notwithstanding the state of insecurity across Nigeria, with kidnapping and murder now commonplace, the presidency says President Muhammadu Buhari has “demonstrated unquestionable capacity to protect Nigerians.”
Presidential spokesperson Garba Shehu said this on Sunday where he highlighted ‘five takeaways’ from the recent release of 344 schoolboys kidnapped by bandits in Zamfara.
In the statement, Mr Shehu also commended the Nigerian forces, saying they do not get the accolade they deserve.
Last week, it was widely reported how the schoolboys were kidnapped and released six days later after negotiation between the government and the kidnappers.
Kidnapping has become rampant in many parts of Nigeria. The latest of such incident was the Sunday kidnap of a district head in Niger State during which three vigilantes were killed.
Read Garba Shehu’s Statement
FIVE TAKEAWAYS FROM THE SAFE RETURN OF 344 KANKARA SCHOOLBOYS
The safe return of all 344 boys kidnapped from the Government Science Secondary School, Kankara, in Katsina State would be celebrated in any decent part of the world where empathy overrides cheap politics.
The outpouring of sighs, cries of relief and joy over the return of the boys reverberated beyond their immediate families. As the news spread far and wide, the global community is cheering the boys’ reunion with their families.
This moment is a watershed for Nigeria. It holds out hope that Nigerian citizens can feel safe wherever they are.
It is precisely as President Muhammadu Buhari described it: “A big relief to their families, the entire country and international community.”
We are glad that the UN Secretary General, Antonio Gutteres just sent a thank you message, appreciating what Nigeria has achieved.
1. The Buhari Administration has the will and has demonstrated unquestionable capacity to protect Nigerians. Those who doubt this Government’s resolve are mischievous. It is an administration empowered to draw enormous resilience from innate reservoirs of human resources, a network of reliable intelligence sources, and demonstrated expertise in scenario building and mediation.
Under enormous pressures from local and international sources, those charged with coordinating the boys’ safe return held tight, stayed focused, refusing to succumb to doubts, taunts, and conspiracy theories. They eventually got the job done most transparently and brought back the boys.
2. Our Security Forces often do not get the accolades they deserve. Once more, the Nigerian Military has delivered on the big stage. They had a plan, kept to it, and got the job done without firing a single shot. This is important because one casualty, one dead schoolboy, could have traumatized President Buhari and the parents. One dead student would have tainted the rescue mission. The President wanted the boys back alive and delivered to their parents. As a compassionate father figure, he would have been pained if one life had been lost in the rescue process. Bravo to the Nigerian Military and our security agencies for a well-coordinated and professionally executed mission to the President’s order reuniting the boys with their parents. There are not enough words to thank our gallant men and women in uniform, the military that continues to make sacrifices for many of us to enjoy and express our freedoms in its various forms and shapes. Millions of appreciative citizens applaud the success of the Army in bringing back the Kankara Schoolboys. Well done, boys!
3. Terrorists have lost the lead narrative with the military and our security personnel’s excellent performance in rescuing the boys without any incident. They can run, but they can no longer hide. The momentum now lies with our forces, and one should expect a new push against violent forces and their sponsors.
4. One must never take for granted the Nigerian spirit of brotherhood or their love for their President. Nigerians are far more united than it would seem, reviewing news reports and social media pages. Nigerians also love this President and have absolute trust in his ability to protect them. The outpouring of solidarity and support for the administration cuts across all divides, from far and wide, from expected and unexpected quarters. Nigerians have shown that in moments of national grief, they are truly their brother’s keepers and the events of the last few days have clearly demonstrated this residue.
5. There will always be profiteers from other people’s misfortune. The lack of patriotism shown by few unnecessary elements in a moment of national distress was crass, shameful and despicable. If they are not directly affected by a tragedy or no immediate family member involved, it is fair game for them and time to gloat or even make a few fast bucks. Indeed emergency activists thought they could cash in on these schoolboys and their parents’ misfortune devoid of their conscience.
While patriotic Nigerians prayed for the boys’ quick return, these merchants of fortune were renting crowds, creating certain suspicious hashtags, opening bank accounts for the sole aim of soliciting funds for a cause they thought would linger. What will they do now with the one million T-Shirts they have produced? This is hugely shameful. These scavengers should now be honourable enough to refund the monies they have so far collected for the now futile campaign to discredit their fatherland.
Garba Shehu is Senior Special Assistant to the President (Media & Publicity.