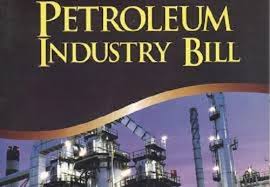 There is growing uncertainty in Nigeria’s petroleum sector as the delay in passing the Petroleum Industry Bill (PIB) has sent distorted signals to both stakeholders and other industry operators who are worried about the continued delay in passing the Bill into law. The Bill which has been in the works for two decades is the key to unlocking the nation’s vast potential in the oil and gas sectors of the country but lack of political will to push it through has been the major factor.

The PIB, which has been in the works since 2008 when it was first introduced to the legislature, suffered setbacks in the last three legislative tenures. The bill seeks to change the organisational structure and fiscal terms governing the industry.

Analysts are of the view that there is no better time to push the Bill through than now when the country needs to attract all the investment it needs and also create opportunities to exploit the huge value chain within the sector. Critics say that as the country is grappling with many challenges. The interests that have prevented the bill from being passed are yet to be dealt with. There is a need to align all the interests. The uncertainty created by the non-passage of the bill means that few investors are interested in investing in the country. Investors are very concerned about certainty.

A Lagos based consultancy firm, Agusto & Co. said that a significant structural change in the sector is hinged on the approval of the PIB, which aims to create efficient and effective governing institutions with clear and separate roles. The credit rating agency said the delay in the approval of the bill had brought about uncertainty for potential investors.

“However, given Nigeria’s track record of weak policy implementation and the negative impact of the COVID-19 pandemic on economic activities, Agusto & Co. does not expect the PIGB to be approved before the end of 2020,” it added.

In September 2019, the Senate President, Ahmad Lawan, expressed the desire of the current National Assembly to pass the PIB before the end of 2020. “Our petroleum industry is almost stagnant and for long needing profound reform. Our oil and gas-related committees are, therefore, expected to work hard to take the lead in our determination to reform this vital sector. It is the desire, indeed the design of this Senate, that the Petroleum Industry Bill is passed before the end of 2020,” he added. Lawan had assured Nigerians that the upper chamber would begin work on the PIB in January this year.