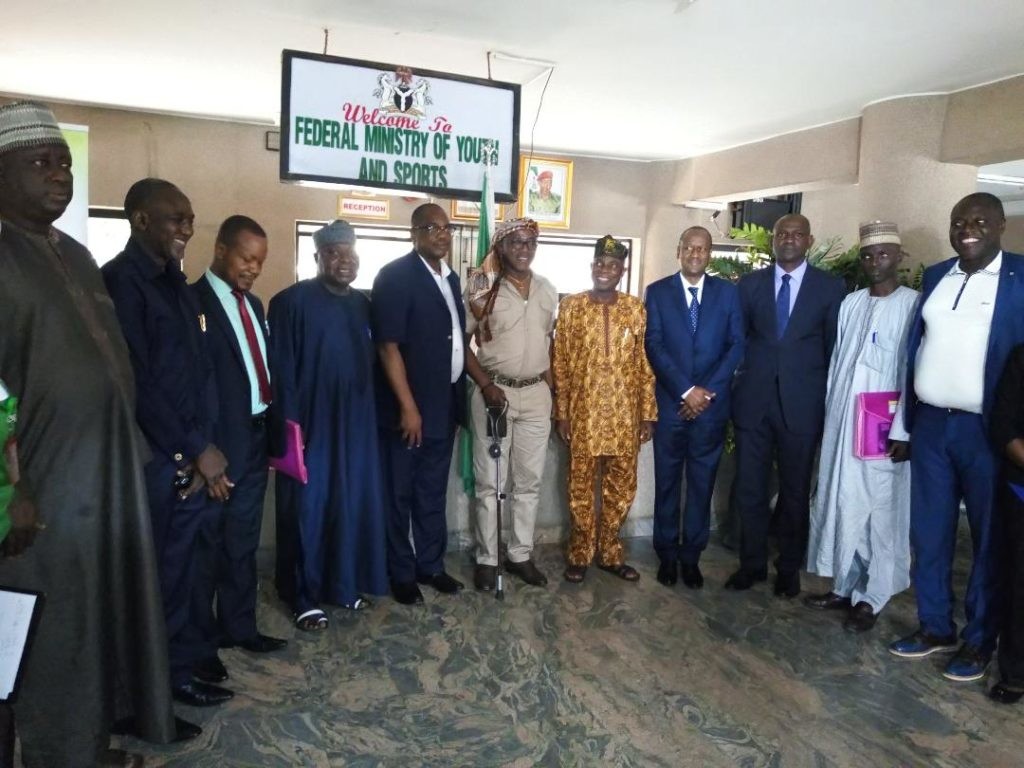 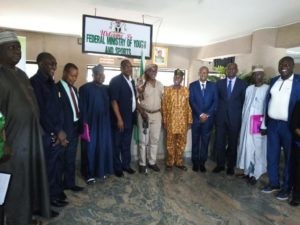 Solomon Dalung, Minister of Youths and Sports on Thursday inaugurated members of the National Anti-Doping Committee (NADC) with a charge on them to ensure Nigeria’s compliance with anti-doping policies.

The minister said that the inauguration had placed Nigeria in the League of Nations, committed to promoting clean competition in sports.

Dalung listed the terms of reference of the committee to include: working on the necessary executive and legislative instrument for the establishment of National Anti-Doping Organisations (NADOs).

He said the committee would act as an Extra-Ministerial Department/Agency that would promote and coordinate the country anti-doping activities in line with World Anti-doping Agency (WADA) code.

According to Dalung, the committee will also institutionalise the Therapeutic Use Exemption Sub-committee and Result management Sub-committee in accordance with procedures in the WADA Code and International Standards.

Dalung said that the committee would serve as Nigeria’s NADO in the interim, with membership of four years to successfully ensure establishment of fully operational independent and legislatively backed code compliant.

“Anti-doping campaign has gained prominence over the years due to the sheer number of high profile failed drug tests recorded at global sport events and alarming allegations of the state sponsored doping.

“Nigeria has for long aligned with other Governments around the world to fight against doping in sports globally, through its endorsement of the World Anti-Doping Code.

“The significance of today’s event is further seen in the fact that in Sept. 2011, Nigeria was faced with an imminent threat of being listed among non-code compliant signatory nations.

“As identified, critical components of our national anti-doping programme were deemed to be deficient by reason of the absence of a National Anti-Doping Organsation (NADO).

“Faced with this recurring scenario, Nigeria moved to address the matter and avert possible sanction by the World Anti-Doping Agency (WADA), which would have negatively impacted on the structure of our sporting programme,’’ he said.

Dalung said that presidential approval was obtained to establish National Anti-Doping Committee (NADC), adding that the first committee was inaugurated in 2011 as an interim Code compliant structure that would drive national anti-doping activities.

He said this committee was to further fast-track the establishment of a fully complaint NADC in the country.

“I must note that since its inception, the Ministry of Sports has provided the necessary leadership and support to NADC in its effort to initiate and execute Code compliant anti-doping activities,’’ he said.

Dalung said that efforts were intensified to ensure that the NADC had a clear budget line in the 2019 Appropriation Bill.

“This I believe will address the financial independence required of a NADO and enable NADC to better plan and implement its programmes.

Dalung said that the bill for the establishment of NADO was currently with the National Assembly and had passed necessary readings and public hearing.

“It is hoped that the Senate will address this very important bill and harmonise it with the House of Representative for final passage into law.’’

Earlier, the Permanent Secretary in the ministry, Olusade Adeshola, said the inauguration was a step to ensure the full compliance of Nigeria to WADA requirements of establishing the NADO.

Adeshola said it was also in tandem with the policy thrust of the administration of President Muhammadu Buhari, to eschew corruption and promote probity in all facets of endeavours.

Responding on behalf of NADC, Rasheed Kazeem, Chairman, said the committee would ensure that the task given to is carried to the letter.