Daddy Freeze and the gospel of disrespect 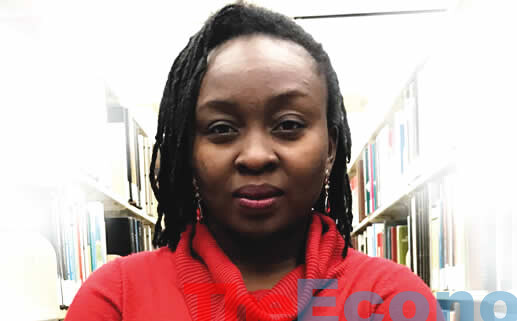 When the latest brickbat exchange between pastors and Ifedayo Olarinde (aka Daddy Freeze) started, I simply wanted to watch how this round would play out differently from the last time. However, after reading the intervention of the senior pastor of Covenant Christian Centre, Pastor Poju Oyemade, where he made a case for respecting constituted authority, I was spurred to write this. In ideal circumstances, I would agree with the pastor. However, Nigerians already live in troubled times. We cannot afford to make an uncontested case for respecting authorities. There is a growing culture of power abuse, and underneath almost all the instances are repressive demagogues trying to enforce an idea of “respect.” People have been arrested for allegedly insulting the President, Major General Muhammadu Buhari (retd), and some politicians. Now the pastors too are making similar arguments about respect.

Just some months ago, a 75-year-old man, Lawal Abdullahi, was arrested by the Katsina State Police Command for the “crime” of insulting the President. In this barbaric society where public leadership has blended with personal egos, and leaders are demanding to be respected, we have to be careful. A well-meaning exhortation of a respected cleric like Pastor Oyemade could be weaponised to justify authoritarianism. As we teach people about respecting authority, we should also make a case for the moral force of disrespect. Insulting a leader is a timeless act of civic participation, and arresting someone over it is sheer power abuse. Telling people to respect constituted authority is not helpful if the constituted authority does not respect them back. Nelson Mandela once said moral weapons are only useful when dealing with an opponent with morals. If you are tackling people who do not even acknowledge your humanity, you will be naïve to think that a respectful engagement will yield results.

At this point, full disclosure. I am acquainted with Daddy Freeze at some level. Last year, I interviewed him for my research on Pentecostal culture. I do not always agree with his positions on issues, but I was nevertheless intrigued by how his criticisms of tithe payment in church unsettled famous pastors. I see him as a gadfly, and I also respect what he did with the tithe debate around 2017/18. I am stating all of these to preempt any assertion that I am writing to defend a friend. No, I am invested in challenging the idea of the necessity of respect of authority.

Given how Africans always instruct people to be respectful, I think we should first remind ourselves that the notion of respect itself is dynamic. For example, let me cite the case that erupted recently when the Ooni of Ife, Oba Adeyeye Ogunwusi, and a politician met at an occasion. The latter only greeted the monarch from his chair. The politician’s critics said he should have stood up to show respect. For me, the irony of that issue is how the critics construed respect for the king: By standing up. Some years ago, as Yorubas, our demonstration of respect before god-kings like the Ooni was by rolling on the floor like serfs. Today, merely standing up from one’s seat is acceptable. That tells us that the “African customs” that we allude to when we make a case for respecting authority are not static. There is no timeless notion of respect.

When the founding fathers of the contemporary wave of Nigerian Pentecostalism started, they were also criticised for their irreverence for sacred traditions and orthodoxies. If today, Pentecostal leaders insist that constituted authority must be respected and the existing social order be preserved, it also means that they have become the establishment. That evolution is not necessarily a bad development. It is the cycle of human history. The radicals of yesterday almost eventually become part of the economy of power brokerage in society, and it should not surprise them that they are attracting anti-establishment sentiments.

Christianity itself has a long and proud tradition of people standing up to authority and doing so in notably defiant ways that subverted the social order. When you read the history of early Christianity in early Roman Empire, what you see were highly anti-social people. They spurned the norms. When the Protestant reformer, Martin Luther, took on the religious establishment, he did not merely engage them in dense theological debates, he also used a lot of cringeworthy insults against the powerful religious figures of the time. The African Christians of the early 20th century took on the colonial government, the constituted authority of their day, without recourse to the scriptures that said the authority must be respected. Today, the symbolism of Jesus Christ has been so politicised that he has become an icon of conservatism. However, the Jesus in the canonical gospels was anti-authority and anti-tradition. He took on the religious leaders of his day, the Pharisees and the Sadducees, with some really strong language. While on the cross, he still demonstrated one last act of defiance when the temple veil was torn from top to bottom. People that lived in those times who chose Barabbas, the robber, over Jesus too must have thought if his defiance was allowed to continue, the society would collapse. But here we are, making similar arguments.

Yes, respect is good ethic because it ensures social stability, and that helps civilisation advance. However, without the counterbalancing force of disrespect and defiance, what you will end up with is a society full of cowards and conformists. Besides, disrespect is an invaluable political tactic when dealing with people who will not even acknowledge the grounds of your angst against them. When such people ask for respectful engagement, what they want is for you to make it easy for them to ignore you. Respect is also useless when you live in a debilitating society and confronting authority figures who already think they have two heads.

I understand the fears of the clergy who think that transgressive behaviours are a scourge that must be put down before it becomes customary. However, the issue at stake is beyond them. If they view things on a broader scale, they will see that it is traditional forms of authority that are being delegitimised. This development partly owes to new media technology that has democratised the power to censure. Those that say the church is “under attack” because of severe criticisms do not know what they are saying. These are times where anyone — whether the US president, or the Pope, or even Nobel Prize winners — can be directly confronted and insulted by ordinary folks emboldened by their newfound power. Pastors who think they can win this battle by cursing the day of someone’s birth on the altar are wasting time. Unless the date is going to disappear from the calendar, what is the point?

Rather than ask that people be respectful, the constituted authorities should move to recognise the zeitgeist. When Pastor Paul Enenche, responding on the same issue, listed the criteria that Daddy Freeze did not meet before challenging their authority, he overlooked an important point. The fact that someone did not check all of those boxes, and yet rattled the Pentecostal establishment, is enough proof that those routes to social relevance have been abridged.

When they have acknowledged that the ground beneath their feet is shifting, they should wilfully build practices that can withstand scrutiny and plank their legitimacy on transparency and rationality. We no longer live in times where pastors could get away with boasting within their churches that their photos on a publicity flyer spoke in tongues and disarmed a gang of kidnappers. These days, the illogic of that account would be instantly punctured on Twitter and the moral authority of such a pastor contested. That is how much the world has changed.

As much as the culture is respect is desirable, disrespect is just as important. Disrespect pushes limits and exposes the underbelly of authority figures. The way the establishment reacts to insults from the people they consider beneath them says a lot about their fears and weaknesses, and helps us know them better.

Abimbola Adelakun  is of The Punch Newspapers