Clearing agents operating in the nation’s maritime sector may withdraw their services following the reintroduction of a 15 per cent National Automotive Council (NAC) levy on imported used vehicles by the Nigeria Customs Service (NCS).

But years after the introduction of the levy, the Nigeria Customs Service on Saturday reintroduced 15 per cent NAC levy on used imported vehicles. 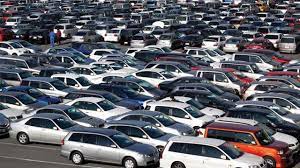 The Chairman of the National Council of Managing Directors of Licensed Customs Agents, Ports & Terminal Multipurpose Limited chapter, Abayomi Duyile, said the move could have an adverse effect on the sector.

He said: “As I speak to you now, the NCS has reintroduced the NAC levy, which is a 15 per cent payment on used imported vehicles. That is a major issue; it means an additional 15 per cent on the duty we are paying currently”

Duyile said he was surprised the service was coming up with the levy in the second quarter of this year.

“We will meet tomorrow and when we do, we will make our views known to the government. What we have in Nigeria are assembly plants, it is not as if we produce any vehicles completely in Nigeria. I am surprised now that towards the second quarter of 2022, the Customs is coming back again with the NAC levy.

“Why should the NAC levy be on used vehicles? I don’t know why they are coming up with the NAC levy again now. The Customs didn’t inform us, so we have been advised to stop the process of duty payment until this is sorted out. This is everywhere for now and anywhere you are clearing used vehicles, you will face the same problem.”

Also speaking, the Chairman of the National Association of Government Approved Freight Forwarders, PTML Chapter, George Okafor, said the outcome of the association’s meeting with its members will determine whether the agents would embark on the proposed strike or not.

Bomodi said in a statement that the service in April migrated from the old version of the ECOWAS CAT to the new version, adding that this was in line with the World Customs Organisation’s five-year review of its nomenclature.

“On Friday, April 1, 2022, the Nigeria Customs Service migrated from the old version of the ECOWAS Common External Tariff (2017- 2021) to the new version (2022- 2026). This is in line with WCO’s five years’ review of the nomenclature. The contracting parties are expected to adopt the review based on regional considerations and national economic policy.

“The nation has adopted all tariff lines with few adjustments in the extant CET. As allowed for in Annex II of the 2022-2026 CET edition, and in line with the Finance Act and the National Automotive Policy, NCS has retained a duty rate of 20 per cent for used vehicles as was transmitted by ECOWAS with a NAC levy of 15 per cent. New vehicles will also pay a duty of 20 per cent with a NAC levy of 20 per cent as directed in the Federal Ministry of Finance letter ref. no. HMF BNP/NCS/CET/4/2022 of 7th April 2022”

He added that the decision took immediate effect.

“In Chapter 98 of the current CET – bonafide assemblers importing Completely Knocked Down and Semi Knocked Down are to enjoy a concession of zero per cent and 10 per cent duty rate, respectively. While within ECOWAS, duty rates for the same items are five per cent and 10 per cent, respectively. Incentivising their efforts through policy interventions guarantees a win-win situation for the nation in the long run. Implementing the current CET takes immediate effect, please,” the statement added.