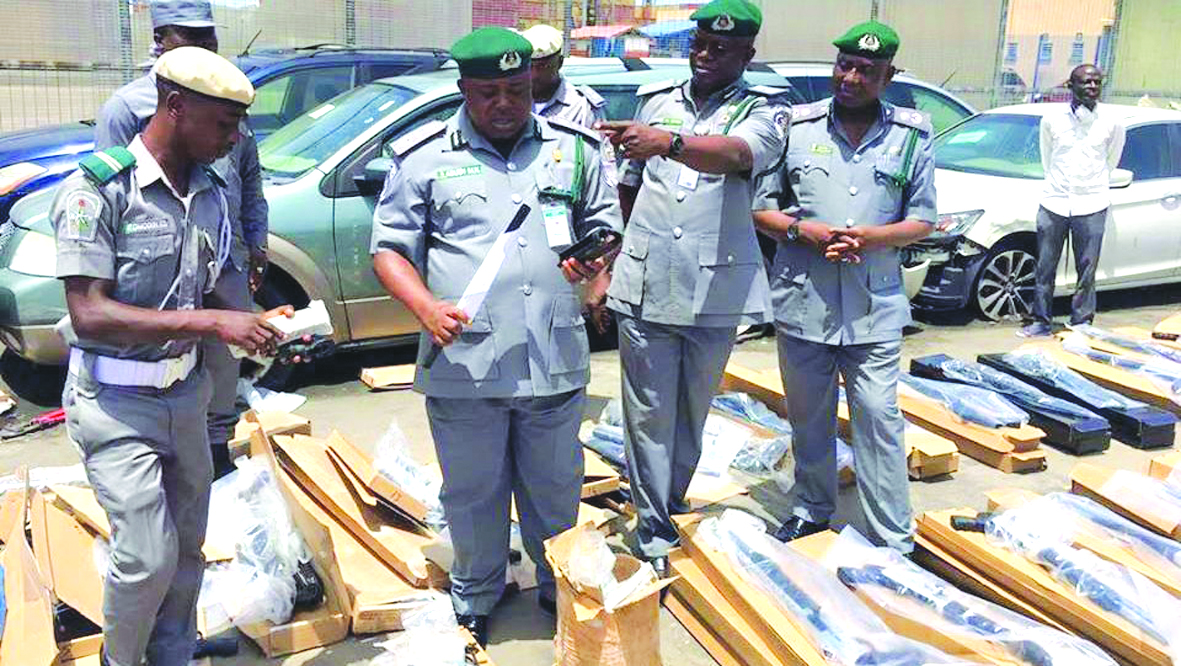 The Nigeria Customs Service (NCS) is probing the circumstances surrounding the importation of 440 riffles it seized in the Tin Can Island Port, Lagos, on May 23. This followed the directive by Col. Hameed Ali (Rtd), Comptroller- General of NCS, that the intercepted riffles and the suspects arrested in connection with its importation be transferred to the Federal Operations Unit, (FOU) Zone A’ Ikeja, for further investigation.

Monday Abue, Assistant Comptroller-General, who represented Ali, disclosed that the cargo that was shipped from Turkey was declared as Plaster of Paris by the importer. It was imported in a container with registration number PONU 210024/1. A suspect, whose name was not made public, had been apprehended in connection with the seizure and the consignment transferred to the customs enforcement unit where other security agencies were invited to inspect it.

“These are pump action rifles of various designs. Based on intelligence report, officers of the Tin Can Island command under Customs Area Controller Bashir Yusuf, were able to identify the container and intercepted it. We discovered that they used POP powder to conceal the arms in order to beat the Customs checks. We have one defendant, but we don’t intend to detain him for long because of security reason. As of the consignee, we are still keeping the identity under wraps because investigations are still ongoing. We have about 440 pieces coming from Turkey,” Abueh said.

“We have other accessories in this container, several parts dismantled but definitely to be reassembled. Investigations will go deeper to know where the factory for arms assemblage is located in Nigeria. Generally, anytime we have interceptions like this, it requires a lot of intelligence and profiling of importers. The 21st century calls for that, you don’t have to wait for things to start happening before you start working,” Yusuf said.

The May 23 seizure would be the second time the officers of the NCS would intercept illicit importation of fire arms in Lagos. The Customs had in January this year seized 661 pieces of pump action rifles, which were found in 49 boxes. The secret importation of arms and ammunition is deepening the insecurity in the country.