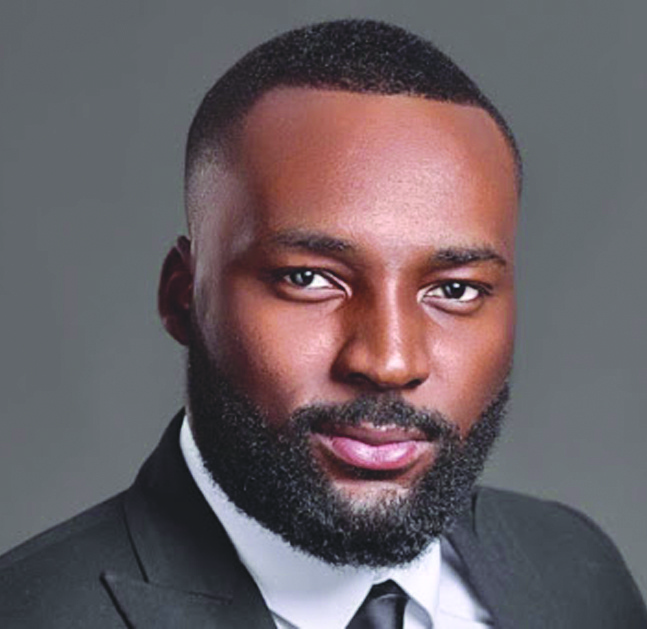 The workplace and the education sector can now create new, sustainable models which are accessible, inclusive and qualitative writes Opeoluwa Runsewe

It is no news that the outbreak and proliferation of Covid-19 have had some of the most acute implications on global economies in recent times; the vast majority of private and public institutions have been put on edge and are being forced to mitigate these unforeseen contingencies by adopting the swiftest and most dynamic mechanisms.

Gradually, the virus has spread to 188 countries, with it’s ramifications cutting across all demographics. According to verified data by John Hopkins University in the United States, as at July 16th 2020, more than 13.5 million cases and 584,000 deaths had been reported; Schools, businesses and airports have been closed, restrictions on movement and large gatherings have been enforced, and one too many businesses have been obligated to urgently close shop regardless of the concerted effort by governments and health care professionals to curtail the rate of infection. However, it remains largely uncertain and highly debatable as to whether the recently imposed restrictive measures will be totally terminated in a bid to ensure that economic activities can imminently reach full potential. According to the IMF, the global economy will shrink by 3% this year; in what is described as the worst decline since the Great Depression of the 1930s.

The effects of restrictions on countries expectedly differ. The availability of universal healthcare, digital devices, access to data, digitalization of systems and processes, good and affordable broadband internet service, financial inclusion, social prosperity and other proactive measures have been consequential in countries that appear to attenuate the enormous economic impact. For instance, the central banks of several countries have successfully slashed interest rates alongside other Fiscal and monetary policies, all in an effort to encourage borrowing and spending. These measures have however proven to be some of the most feasible ways to theoretically boost their respective economies. The UK, Germany, Italy and France are some of the countries that have furloughed government-supported job retention schemes extended to the millions of people that constitute their work-forces.

However, the impacts of Covid-19 join a long list of factors that expose Africa’s perceived economic backwardness; evidently prompted by some of the earlier mentioned infrastructure either lying in poor state, being totally dormant, lagging behind on up-to-date trends or being summarily unavailable to majority of the working population. In turn, this constricts the capacity to remain productive, keep businesses running and ensure optimal revenue generation.

With more than 590,000 confirmed cases in all African countries as at July 17th 2020, the pandemic has undoubtedly caused significant social and economic disruption. African countries have been propelled to impose various preventive and containment measures; South Africa, Rwanda, Tunisia and the Democratic Republic of Congo constitute some of the countries that announced complete lockdowns. Governments, through their machineries and the media, have urged residents to stay home and distant, all in order to limit person-to-person transmission.

Many employers across the continent have therefore transitioned to telecommuting; permitting employees to work from home or outside their traditional workspaces, and using video conferencing platforms to conduct staff and client meetings. These employers are also adopting technological solutions that enable them shift the bulk of their operations online.

With the exemption of a few essential service providers, most organizations swiftly directed members of staff in various locations to work from home. Ringier One Africa Media (ROAM), a media company with operations in eight Sub-Saharan African countries is one of those organizations. On 24th March 2020, it signaled its readiness to adjust by announcing that it required its 400 employees to work remotely, as part of its efforts to protect them from the widespread of the virus.

Finally, businesses have adopted strategies that have allowed both staff and customers to smoothly transition from routine cash payments to online transactions. Paga, a mobile money organization with 500 employees and a presence in two African countries is one of such. On 24th March 2020, it announced strategies to reduce cash handling, in order to slow the spread of Covid-19 and adjusted its fees in such a way that merchants can accept payment with its platform without incurring any charges.

Covid-19 has also had its enormous implications in the education sector. UNESCO says that 9.8 million African students are experiencing acute interruptions in their education, and this undoubtedly raises pressing concern.

In Nigeria, a few state governments (e.g. Ogun, Kwara and Lagos) have made provisions for continued learning via local television and radio. That is, following the indefinite closure of schools, as declared on 19th March 2020 by the Federal Government of Nigeria. This is also the case in Ivory Coast and Botswana, with both operating similar models all aimed at bridging this threatening gap. In Ghana, the University of Ghana conducts online classes and has since negotiated free internet data with indigenous telecom companies.

While ‘Work From Home’ (WFH) and ‘Learning Never Stops’ strategies are admirable, their plausibility raises important questions. That is, against a backdrop of twin challenges – power supply and internet access. In Africa, these are effectively crippling the digital solutions and other digitalized measures aimed at taking the edge of the effects of the virus.

While the rate of global access to electricity is 87 percent, the rate in Africa is a sultry 43 percent. Residents in African countries like Chad, Mozambique, Rwanda, Tanzania and Uganda suffer epileptic power supplies. In addition, going online presents complications in an Africa where only 24% of the population have access to internet. Related problems include poor connectivity and exorbitant costs. Getting online is expensive for majority of the populace, reports suggest that purchasing a mobile phone and 500MB worth of internet data cost an average 10 percent of monthly income.

In usual African fashion; thriving amid long-existing turbulence, Africa is experiencing fast growth in it’s digital space. There is visible increase in tech-enabled businesses in Africa. Notably, mobile technology in Africa is its fastest growing market. 70% of the world is already connected via mobile with Africa experiencing the fastest growth in this respect. PwC reports that between 2007 – 2016, mobile phone usage in Africa increased by 344%. Mobile broadband is accessible to two-third of the population and has hugely contributed to the continent’s socio-economic development by affording digital and financial inclusion.

The challenges in Africa’s digital space, as unveiled by the pandemic, have been percieved to be slowing down the expected utilization of technology on the continent. However, the present awareness of these problems present endless opportunities, and should become an important launch pad for innovation in infrastructure and the digital marketplace. The workplace and the education sector, for instance, can now create new, sustainable models which are accessible, inclusive and qualitative