Counting the cost of regulation to banks 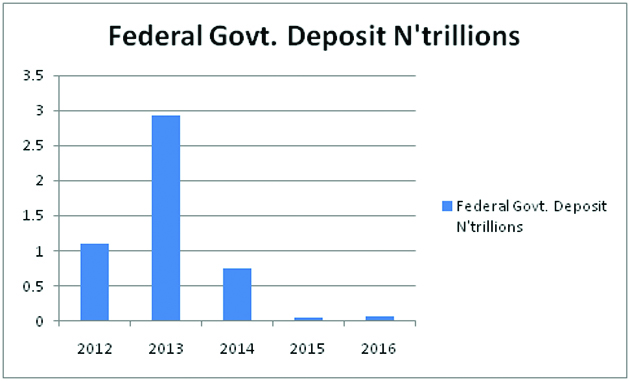 For most deposit money banks in Nigeria, keeping up with the frequent circulars emanating from the Central Bank of Nigeria (CBN) has become a huge challenge. These ‘nonstop directives’ of the apex bank in their view are adding to the cost of doing business which is ultimately passed on to customers as charges.

In recent times, the CBN has increased the pace of regulation and has been bombarding the banks with circulars on best practices in every area of their business. Banks have had to cope with compliance in the area of risk management, anti-money laundering regulation, security and Information Technology (IT) systems, enterprise and operational risk assessment and cards payment system, among others. 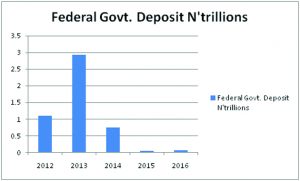 Coping with these requirements involves significant costs, according to a management staffer of Zenith Bank who prefers anonymity. “Banks now spend heavily on consultants especially in the area of enterprise and sustainability risk management,” he says. According to him, the CBN requires banks to ensure they lend to companies that invest in environmental-friendly businesses. Consequently, this has put pressure on banks to employ consultants who do environmental impact assessment. “Peradventure a company you lend to engage in a business that negatively affects the environment, both the company and the bank are liable. For that the bank could attract huge fine,” he says.

This development has compelled banks to ensure there is an environment impact assessment conducted before going forward with lending to companies especially oil and gas firms.

The CBN also expects banks to publish a sustainability report which encompasses its lending activities to firms whose businesses might have impact on the environment. Most banks now embed such report within their annual reports and have integrated environmental risk into the enterprise-wide risk management framework. For example, GTBank in its 2016 annual report stated that “….the bank integrated Environmental and Social Risk Management (ESRM) into the review of activities it finances.” The bank, according to a Human Resources staff who prefers anonymity “facilitated an introductory training on Environment and Social Risk management and the Nigerian Sustainability Banking Principle to its existing workforce and new entrants in 2016.”

The banks are also mandated to provide training to their staff on anti-money laundering regulations on a quarterly basis. They deploy huge sums to train operations personnel on the relevant anti-money laundering laws and how to detect such activities. Often experts are contracted to provide such training at huge cost to the banks in terms of travelling allowances for staff to attend such training.

Perhaps, investing in Information Technology (IT) platforms incur the most costs for banks. Banks have shelled out huge sums to meet with regulatory requirements on connecting to the Nigerian Inter-bank Settlement System and the Financial Intelligence Unit (FIU).  Against this background, some banks had to upgrade or buy new IT systems, license software, contract IT system engineers and train personnel on how to use the newly acquired platforms.

The CBN also revised the Capital Adequacy Ratio (CAR) for banks in keeping with the dictates of the Bank for International Settlement regulatory standards known as Basel 1 and 2 risk management framework. Basel 2 is now the reporting template and existing guidance notes on regulatory capital, credit risk, market risk, operational risk and pillar 3 disclosure requirements for Basel 2 implementation in the industry. The CBN directed all banks to re-compute CAR in line with the new guidance notes. “The new CAR leaves us with less money for lending,” says the Zenith Bank staffer. The banks also have to train staff on these new requirements. Already, the fear that the CBN may move to enforce the regulatory requirements under Basel 3 which is due to come into force in 2019 is spreading jitters in bank head offices as they assess their capital requirements. Some banks are not letting down their guards as they are in the process of raising fresh capital to beef up their balance sheets.

Rand Merchant Bank plans to issue N80billion in its commercial papers programme while Ecobank Group plans to raise $400million five-year convertible bond to refinance debt. Fidelity Bank Plc sources say will decide in the third quarter whether to refinance $300million of bonds due next year while Union Bank Plc is expected to issue N50billion through rights issue.“I wouldn’t say these banks are already raising capital towards Basel 3 but certainly they are positioning their balance sheets ahead of its implementation,” says Jude Asowata, a financial analyst. Expectedly, the banks will incur interests on these debts.

The quick implementation of the Treasury Single Account (TSA), according to industry watchers, had the unintended consequence of exposing the balance sheets of some middling banks that relied on it to post impressive profits and declare dividends. Prior to the TSA, government deposits in banks, according to Mrs Tokunbo Martins, a former CBN Director of Banking Supervision were invested in treasury bills yielding 14 percent in interest rate. Since its (TSA) implementation, over N3trillion have been pulled out of the banks which have responded with salary cuts and job losses.

The designation of systemically-important banks carries cost in terms of having higher capital adequacy and liquidity ratios. Also, banks have to deal with a cash reserve ratio of 22.5 percent and a liquidity ratio of 30 percent which have impact the opportunity costs of banks. The banks equally put 0.5 percent of their total assets into a sinking fund that is used to fund AMCON while the Commission on Turnover (COT) has been scrapped. “COT used to be a significant source of profit for the bank. But that avenue is now closed,” the Zenith Bank staffer says.

A regulatory risk reserve requirement also ensures that banks put more money aside to take care of discrepancies that may arise between provision for bad loans as prescribed by the prudential guidelines and the impairment allowance allowed under the International Financial Reporting Standard (IFRS). For example, in 2016, GTBank set aside about N83million as regulatory risk reserve. Banks are also mandated to publish details of utilisation of foreign exchange obtained on behalf of their clients among other regulations.