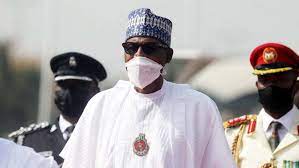 The group also condemned the high cost of the nomination form for presidential aspirants by the ruling All Progressives Congress (APC), noting that it would pave way for corruption to subsist.

Addressing a press conference on the state of the nation in Abuja yesterday, the group’s Executive Director, Ibrahim Zikirullahi, said such a gift to Afghanistan should not come from a government that claims to be fighting terrorism.

Reports had it that the donation was to boost Organisation of Islamic Cooperation’s (OIC) efforts at easing the humanitarian situation in Afghanistan.

Zikirullah argued: “That ill-advised donation ignored the fact that the Taliban is led by terrorists, who have no respect for women and have prevented women from attending school.

“It is difficult to understand how the Buhari administration came to befriend the terrorist Taliban government in Afghanistan to the point of donating funds to them. “CHRICED categorically denounces this indiscriminate use of the nation’s funds, especially in these trying times. Aside from making little or no economic sense, such a gift should not come from a government that claims to be fighting terrorism within its borders.”

Zikirullahi also described the pardon granted to ex-governors of Plateau, Joshua Dariye, and Taraba, Rev. Jolly Nyame, as the biggest revelation of the deception fed by the current administration to Nigerian people.

According to him, the President’s action “demonstrates contempt for the international community and donors who have invested heavily in this government’s anti-graft campaign and denigrates the support of civil society organisations.”