The Central Bank of Nigeria (CBN) has expressed worry over the show of indifference by those in the South-east in accessing several credit facilities made available by the apex bank. Acting Director, Corporate Communications Department of the CBN, Mr. Osita Nwanisobi made this known yesterday during a fair organised by the Bank with the theme: ‘Promoting financial stability and economic development.’

He was speaking against the backdrop of low turnout by individuals in both Enugu and Anambra states where the fair took place, simultaneously. According to him, the fair was intended to bring to the notice of the public some of the interventions of the CBN and how they can leverage it.

He however regretted that the people were not ready to utilise the opportunity, unlike in the North where a greater number of business owners and those in the agricultural sector have accessed the facilities.

“You don’t need to know anybody to access these facilities. They are there for everyone to access”. That is the reality,” he explained.

He expressed worry that the rate of unemployment in the country kept increasing on daily basis even as food prices continued to rise, noting that the CBN governor, Mr. Godwin Emefiele was passionate about dealing with these challenges.

“That is why he has come with these interventions. They are real and available for people to take advantage of them in growing their businesses and agriculture production,” he explained.

He said the fair was also intended to help the CBN build confidence in the financial system because it was a veritable platform for the bank to discuss its policies and programmes with the general public.

“We intend to through this fair, promote financial stability and economic development and also talk about the rights of the consumers,” he said. 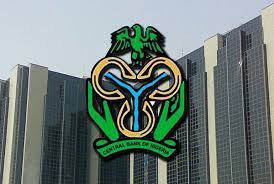 Also speaking, Enugu Branch Controller of the CBN, Mr. Chiedozie Okonjo, said the economy was only beginning to recover from the devastating effects of COVID-19, adding that it was important for individuals to try and access the facilities made available by the Bank.