The Central Bank of Nigeria (CBN) has imposed an N800m fine on three Deposit Money Banks (DMBs) in the country for violating regulations barring customers from transacting in cryptocurrencies.

According to a Bloomberg report released on Wednesday, the three banks are Access Bank Plc, Stanbic IBTC, and the United Bank for Africa Plc. 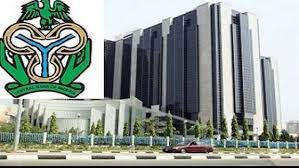 The report noted that the penalties were part of efforts by the apex bank to ensure that banks implement an order to block trading in cryptocurrencies due to the threat they pose to Nigeria’s financial system.

The directive was contained in a circular issued by the CBN in February 2021.

In addition, the CBN had in November directed banks to close the accounts of two individuals and a company for allegedly trading in cryptocurrencies.

Despite these regulations, Nigeria accounts for the largest volume of cryptocurrency transactions outside the United States., according to Paxful, a Bitcoin marketplace.

The country also has the largest proportion of retail users conducting crypto transactions under $10,000, Chainalysis says.

The report stated that Access Bank was fined N500m for failure to close customers’ crypto accounts, according to a filing with the Nigerian Exchange Limited while UBA incurred a N100m penalty for digital-currency transactions by a customer.

It said that the Chief Executive Officer, Stanbic IBTC, Wole Adeniyi, during an investor conference call in Lagos on Tuesday revealed that his bank was fined N200m ($478,595) for two accounts alleged to have been used for crypto transactions.

Adeniyi said that while Stanbic IBTC followed the apex bank’s directive, the transactions it was sanctioned for might have passed through its system undetected.

He noted that the CBN was able to detect the relevant transactions using an “advanced capability” that Nigerian banks don’t have access to, and they’ve asked the apex bank to share the technology.

“It doesn’t seem that they are going to entertain a refund, but they are now sharing intelligence with us to be able to kind of deter clients,” he added.