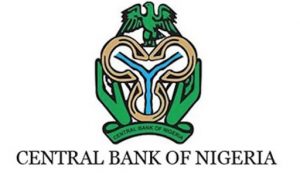 In a statement released on Thursday via the service’s official Twitter handle, the NCS stated that it stood by its early stance as communicated to the House of Representatives Joint Committee on Customs and Excise, Banking and Currencies on March 3.

The CBN had in February introduced the e-evaluator to cut foreign exchange spending for fraudulent or inflated transactions.

According to a circular signed by the Director, Trade and Exchange Department, CBN, Dr. O. S. Nnaji, the new policy ensures that imports and exports activities with unit prices that are more than 2.5 per cent of the verified global checkmate prices would be queried and would not be denied successful completion of either Form M or Form NX.

However, the Customs also said it could not adopt the new policy because it was restricted by international treaties which it was a signatory to.

The Customs said, “The practice world over is to domicile adjudication on Customs values for import and export within the Customs administration of every country.

“The NCS, undoubtedly, is alive to its statutory functions and has a vibrant Valuation Unit under the Tariff and Trade Department whose roles among others includes the proper interpretation of WCO/WTO rules and agreements concerning the valuation of goods.

It added, “Nigeria being a member of the World Customs Organization, World Trade Organization and also a signatory to international trade treaties, including Article VII of the General Agreement on Tariffs and Trade is constrained to abide by the principles contained therein.”

“We wish to state that this (the report) is incorrect. The Service still stands by its earlier submissions on the matter, as was clearly communicated to the House of Representatives Joint Committee on Customs and Excise, Banking and Currencies on 03 March 2022.”

It said based on global convention (Article VII), the value for customs purposes of imported/exported goods should be based on the actual value paid or payable for them.

The NCS further explained, “This agreement also prescribes five other methods for arriving at Customs value where the transaction value is unacceptable.