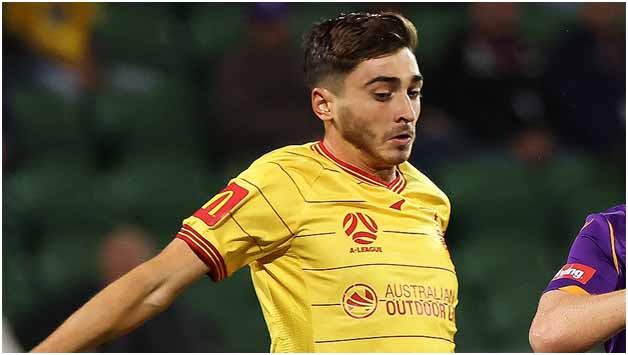 Cavallo made the announcement in a video and open letter on social media.

The A-League star said he was “finally comfortable” speaking out and hopes that opening up about his sexuality will inspire others who are struggling. 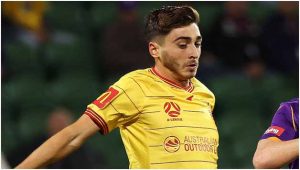 The 21-year-old added he had been “living a double life” and “hiding who I truly am”.

“There’s something personal that I need to share with everyone. I am a footballer and I am gay,” Cavallo said, in a video posted on Adelaide United’s Twitter account.

The midfielder said that trying to perform to the best of his ability while living a “double life” was exhausting and that he had spent his life “hiding who I truly am” to pursue his dream of becoming a professional footballer.

He also posted a personal message on his own social media.

“It’s been a journey to get to this point in my life, but I couldn’t be happier with my decision to come out,” he said.

“I have been fighting my sexuality for six years now and I’m glad I can put that to rest.

“Growing up I always felt the need to hide myself because I was ashamed – ashamed I would never be able to do what I loved and be gay.

“Growing up being gay and playing football were just two worlds that hadn’t crossed paths before.”

In 2019, former Newcastle Jets player Andy Brennan became Australia’s first professional male footballer to come out while still in the game. He now plays for semi-professional side Hume City.

Several top-flight footballers have come out once their playing careers were over.

Former Aston Villa, Stuttgart, West Ham and Everton player Thomas Hitzlsperger is among the most high-profile former players to be openly gay, having come out publicly the year after he retired.

Former Leeds United player Robbie Rogers also announced he was gay when retiring in 2013, before returning to the game with LA Galaxy and winning the MLS Cup. In doing so he became the first openly gay male athlete to win a major professional team sports title in the United States.

Cavallo said he worried coming out might have a negative effect on his career and added that, as a gay footballer, he knew of “other players living in silence”.

“I want to help change this,” he said. “I want to show that everyone is welcome in the game of football and deserves the right to be their authentic self.

“It is astonishing to know that there are currently no gay professional footballers who are out and actively playing, not only in Australia, but around the world. Hopefully this will change in the near future.”

The Adelaide midfielder has received an overwhelming response since the video was posted on the club’s official Twitter page on Wednesday, with many praising the youngster for his courage.

Chief executive Nathan Kosima and coach Carl Veart both expressed their pride in Cavallo’s announcement, with assistant coach, Ross Aloisi adding that it was clear Cavallo was living with an “incredible burden”, and to see him come out made him “proud of how brave a man” he is.