Businesswoman accuses AIG of threat to life over land tussle 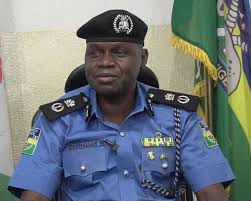 Ohanenye, a lawyer, said the AIG had frustrated the execution of an Enugu High Court order dated February 6, 2018, evicting the illegal occupants from the disputed two hectares of land located in the Emene Industrial Area of Enugu.

The petition dated September 15, 2020, was titled, “Threat to my life and property by AIG Dammalam Mohammed and others: Please save me.”

The businesswoman alleged that the AIG encouraged the defendants to disobey the court order, noting that he also humiliated her in his office and ordered his men to arraign her before an Enugu Magistrates’ Court for protesting his involvement in the land matter. The case was however struck out due to lack of evidence.

Following Mohammed’s alleged collusion with the defendants, Ohanenye, who is the Managing Director of KENUj Investments Limited, narrated that the former occupants had moved back to the land from where they were earlier evicted on the orders of the court.

The petitioner alleged that the AIG became entangled in the case when he was the Enugu State Commissioner of Police, noting that despite his elevation, he has continued to provide the other parties official cover.

In his reaction, the AIG has denied the accusations, describing the matter as purely a civil matter which is before the law courts.