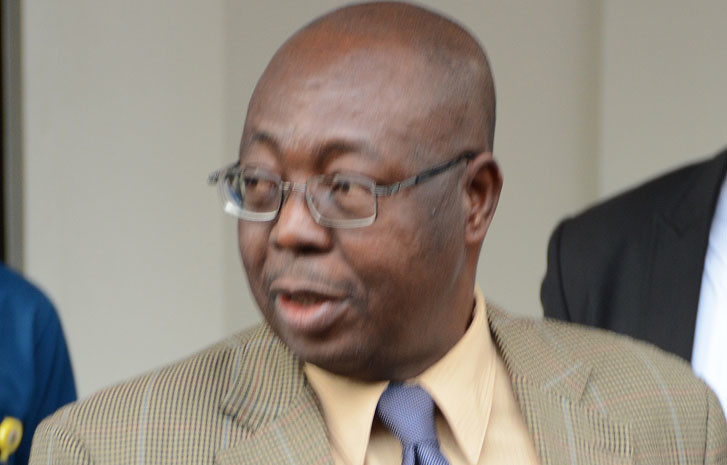 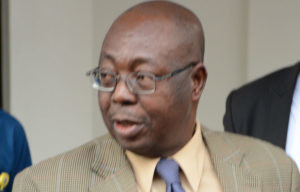 Loyalists of President Muhammadu Buhari have begun moves to take control of the Department of State Services, DSS, ahead of the 2019 general elections.

It was gathered that the loyalists, who were working in tandem with a cabal in the Presidency, had already given the acting DG of the Service, Mr Mathew Seiyefa, a signal that he might not be in office during the conduct of the general elections next year by the Independent National Electoral Commission.

Seiyefa, who is due for retirement in July 2019, hails from Bayelsa State.

Buhari’s loyalists are believed not to be comfortable with him, having hailed from a state where the President is not very popular.

Besides, former President Goodluck Jonathan, who Buhari defeated in the bitterly contested 2015 presidential election, hails from the same state.

“We cannot, therefore, trust such a man to head the security apparatus that is very vital for the conduct of the 2019 general elections, in which President Buhari will still be a candidate,” a source said.

One of our correspondents gathered that since the appointment of the acting DG, there had been serious gang-up against him by a cabal in the Presidential Villa.

It was learnt that members of the cabal had yet to get over the shocking removal of the erstwhile DG of the Service, Mr Lawal Daura, by Prof. Yemi Osinbajo (SAN) while acting as the President in Muhammadu Buhari’s absence.

Daura is from Katsina State, the home state of President Buhari.

Osinbajo had asked Daura to hand over to the most senior officer in the agency when he (Daura) was sacked on August 7 for deploying operatives of the agency to block the National Assembly.

The sacking was said to have come to those close to Buhari as a shock.

Members of the cabal, which is allegedly headed by the Chief of Staff to the President, Mr. Abba Kyari, have remained unrelenting in their determination to have a say in who heads the agency.

The source added that Seiyefa had been asked by Kyari to also reverse all the appointments he made when he assumed office.

A security source said, “Since the appointment of the acting DG, there have been serious gang-up against him by the cabal in the Villa.

“The chief of staff has ordered the Acting DG to reverse all the appointments, warning him to stop further postings.

“The most unfortunate, ugly and unethical development that occurred was the instruction by the Chief of Staff to the President to the DG to bring the lists of all the postings and appointments he has done since his assumption of duty. It is causing serious rumbles in the office now.

“Some officers have been grumbling over interference by politicians in the workings of the agency.”

Those that the DG has been directed to bring back to the headquarters are the agency’s former Director of Operations, Mr Bassey Eteng.

Eteng was recently transferred to the Institute of Security Studies, Bwari,  Abuja, where the incumbent DG once served as the director before he was appointed to take over from Daura.

Also, another Director, Grace Kentebe, who was transferred out of the headquarters of the agency, had been asked to be returned to the Yellow House, as the office of the DSS is popularly called.

It was also learnt that Kyari frowned on the posting of another officer from Kebbi State to serve as the Chief of Staff to Seiyefa.

It was also gathered that there were some aggrieved members of the agency, who were currently working at the Villa using their contacts within the corridors of power to help the cabal achieve its aim.

The officers are said to be using the Chief Security Officer to Buhari, Bashir Abubakar, to actualise their plans.

Those serving officers, four in number (names withheld) and who are involved in the game plan are said to be in the assistant directorate cadre.

A security source at the Presidency said, “There are some aggrieved elements in my office that are bent on removing him and bring in another person.”

It was learnt that the cabal was also working on the possibility of bringing back the sacked DG.

However, there were speculations that some members of the cabal felt that his return might bring bad blood between President Buhari and Osinbajo.

“How can we reinstate him when he was removed by the acting President, who took the action after reportedly seeking the approval of the President,?” a senior Presidency source said.

Besides, he said that recalling Daura might send the wrong signal to both local and international communities that there was a division in the Presidency.

“Elections are also coming. If we present a picture of a divided house to Nigerians and the international community, we know the opposition will cash in on it to make strong statements,” the source added.

Those shortlisted for replacement

In the event that the plan to restate Daura fails, one of our correspondents gathered that the cabal had perfected a plan to present some people for the position.

It was gathered that one of those on their list included Alhaji A. Kabir, who was once an acting Executive Secretary of the Petroleum Trust Development Fund.

It was also gathered that the cabal had pencilled up the name of the Minister of Internal  Interior,  Lt. Gen. Abdulrahman  Dambazau  (retd.).

The former army chief played a vital role in the emergence of Buhari in 2015.

Dambazau was sacked by former President Goodluck Jonathan over the role he played in the deployment of troops and the smuggling of the then President, Umaru Yar’dua from overseas before he eventually died.

It was also learnt that Bassey Eteng is also being considered, in case there were complaints against appointing another northerner for the sensitive position.

It was gathered that both Kyari and Abubakar were playing a vital role in the conspiracy to either bring back Daura or get a suitable replacement.

Authoritative sources said that four other officers were also working with both Kyari and Abubakar in the plot.

The officers (names withheld), are said not to be comfortable with the reforms initiated by Seiyefa since he assumed office.

He said that officers and operatives were worried that professionalism was being eroded in the service.

The source said, “There is serious tension in the service now. Personnel are unhappy that the Chief of Staff to the President is now trying to run the service by intimidating the acting DG, thereby rubbishing the VP, who sacked the former DG.

“What the COS and CO are trying to cover are many. They are holding brief for the sacked DG.”

Efforts made to get the reaction of the spokesperson for the agency, Mr Nnochirionye Afunanya, failed as calls made to his mobile telephone number indicated that it was switched off.

There was also no assurance that a text message sent to the same number delivered.

But the Southern and Middle-Belt Leaders Forum has warned against a plot by some Presidency officials allegedly led by Kyari, to remove Seyeifa from office.

The group stated that it would have ignored the reported plan to remove Seyeifa “but for the clannishness, sectional proclivity and exclusive handling of the security architecture of the country by President Buhari in the last three years.”

The forum added, “He (Buhari) had defied all protestations from all well-meaning  Nigerians in making appointments into all key and sensitive security positions in sectional and kith-and-kin affairs in a very insensitive and ‘you-can-do-your-worse-manner’ that until the recent sacking of Lawal Daura, 16 out of 17 service chiefs were from his corner of the country.”

The SMBLF noted that the President had not commented on the sack of the former DG of DSS since he returned from his London vacation, stressing that this confirmed the speculation that he was not happy with Daura’s removal.

The group asked the President to prevail on Kyari and stop him from removing Seyeifa, warning that there would be consequences if the South-West and South-South regions were marginalised in the DSS leadership hierarchy.

“The rest of the country has lived with the insensitivity of Mr President in handling the security architecture in the last three years with equanimity.

“It may be necessary not to overstretch it by removing the acting DG and stopping the professional reorganisation in the DSS because it is not in tandem with the ethnic domination script of Mr President. It may turn out the proverbial last straw,” SMBLF warned.