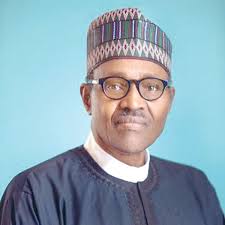 The Federal Government has reaffirmed its irrevocable commitment to the implementation of the principles, objectives and standards of the Extractive Industries Transparency Initiative (EITI) in Nigeria’s oil, gas and mining sectors.

President Muhammadu Buhari re-affirmed the commitment to the EITI during his inauguration of the newly constituted 15 member National Stakeholders Working Group (NSWG) of the Governing Board of the Nigerian Extractive Industries Initiative (NEITI) in Abuja. “Let me renew the commitment of the Nigerian government to the implementation of the EITI implementation under the provisions of the NEITI Act 2007 and the global EITI Standards. The present administration is passionate about the EITI process because it serves two key agendas of this administration.

He said: “First, the extractive industry is very strategic to Nigeria’s economy and hence central to my administration’s economic agenda. Secondly, transparency and accountability in the management of our natural resources is equally central to the anti-corruption agenda of this government.

“Nigeria is therefore irrevocably committed to the implementation of EITI in the oil, gas, and mining industries.

“Our faith in the EITI process is not just because it is key to these two key government agendas, but also because, over the years, NEITI has demonstrated a high degree of competence, integrity and commitment to the values that the country requires to achieve economic growth and development in the sector through availability of reliable information and data required for national planning and reforms, ” Buhari stated.

He advised the new Board to ensure that NEITI continues to preserve these virtues for the benefit of the citizens.

Represented by the Secretary to the Government of the Federation, Mr. Boss Mustapha, Buhari explained that the appointment and inauguration of the NEITI Board is another practical demonstration of his administration’s commitment to transparency and accountability in the management of Nigeria’s economic resources especially given the mandate and objectives of the Nigeria Extractive Industries Transparency Initiative (NEITI).The president noted that Nigeria has witnessed phenomenal revenue growth from the oil, gas and solid minerals sector as a result of the meticulous implementation of the principles of the EITI by NEITI which has also initiated and driven most of the reforms witnessed in Nigeria’s extractive sector in the past seventeen years.

He urged the new Board to preserve the noble virtues for which NEITI is known and be non-partisan as NEITI is non-political and has maintained dignified neutrality all through almost two decades of its existence. He pointed out that by the appointment of the Board members, enormous responsibilities have been placed on their shoulders, but expressed optimism that considering the caliber of the members, were carefully selected based on their individual merit and track record, they will deliver on the EITI/NEITI mandate.

He urged them to consider their appointments as an opportunity to give back to Nigeria and contribute to the progress and development of the country’s extractive sector while building, consolidating and surpassing the achievements of previous Boards.

Responding on Behalf of the NSWG, Chairman of the Board, Mr. Olusegun Adeyemi Adekunle, a renowned public administrator and immediate past Federal Permanent Secretary, General Services in the Office of the Secretary to the Government of the Federation thanked the President for the confidence reposed on them and opportunity to serve. He assured the President that the new Board under his watch will push the boundaries of transparency and accountability in Nigeria’s extractive industries. He committed to implementing fully the principles of the global EITI and strengthening the on-going reforms in Nigeria’s extractive sector.

The Executive Secretary of NEITI, Dr. Orji Ogbonnaya Orji who is also a member and serves as Secretary to the Board, applauded the timely decision of the Federal Government to reconstitute the NEITI Board. Other members of the 15 -Man NEITI Board include the Permanent Secretary Ministry of Mines and Steel Development representing Government Extractive Industries, Executive Chairman of the Federal Inland Revenue Service (FIRS), representing Extractive Industries Revenue and Accountability, while the Group Managing Director of the Nigeria National Petroleum Corporation (NNPC) will be representing the National Oil and Gas Company. The Board also has a representative of the International Oil Companies (IOCs). The civil society organisations have Mr. Peter Egbule representing them while the Presidents of Nigeria Mining & Geosciences Society (NMGS) and Petroleum and Natural Gas Senior Staff Association of Nigeria (PENGASSAN) are representing Extractive Industries Professional Unions on the Board. There are also six zonal representatives on the Board. They are;  Dr. Bashir Bature Gafai (an Oil and Gas accountant) for the North-West, Dr. Iliya Gashinbaki (Accountant) representing the North-East, Dr. Godwin Akor Ogwuche,  North-Central, Mr. Nze Joe Ibeh, South East while the South South and South-West are represented by Awowo Christian and Professor Damilola Olawuyi respectively. This is the 5th governing Board to be appointed for NEITI. By the NEITI Act 2007, the Chairman and Members have four year tenure and are on a part time basis, while the Executive Secretary has five year tenure and is on full time appointment.