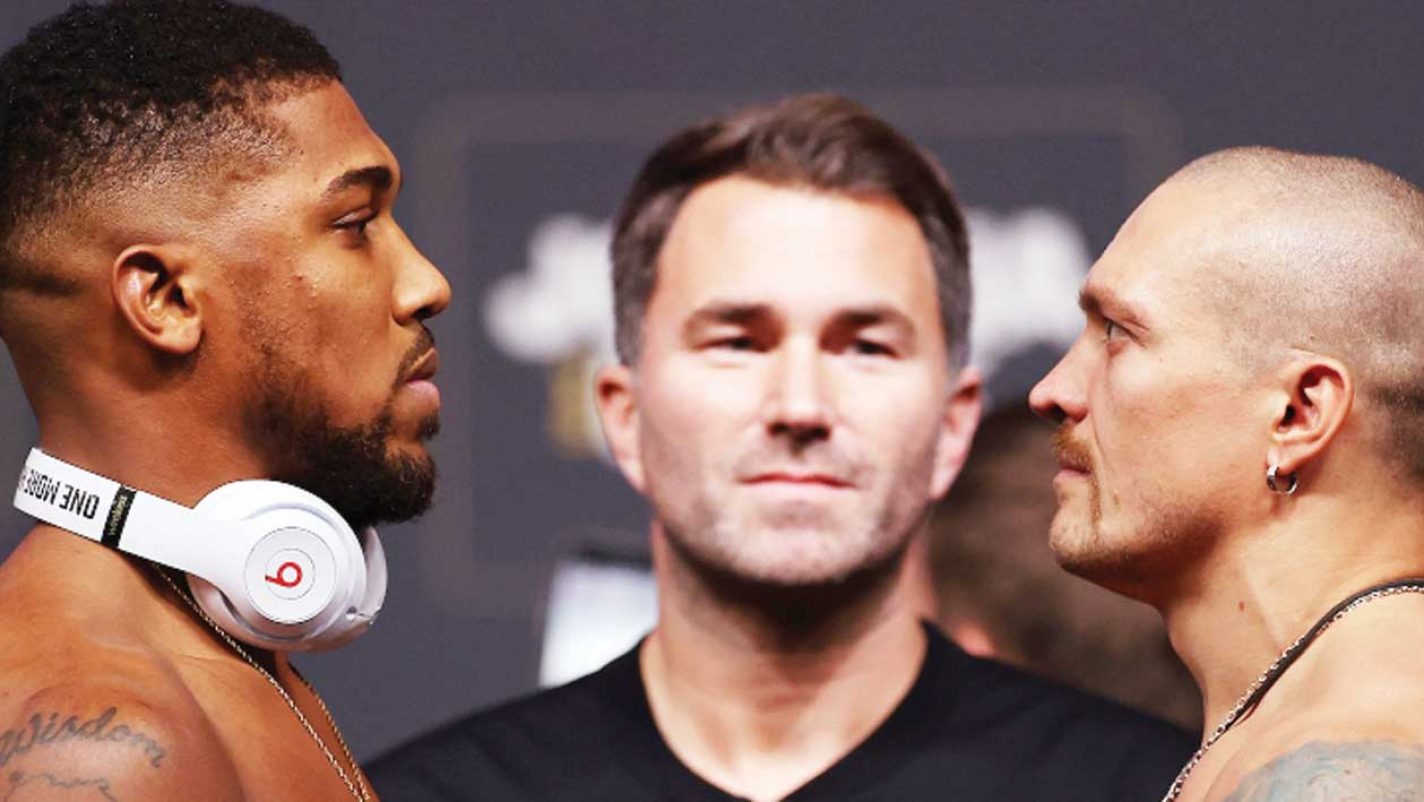 Anthony Joshua’s attempt to exact revenge against Oleksandr Usyk could come as soon as spring 2022, reports boxingscene.com.
“I think March is realistic, yeah March, around March,” Matchroom Boxing head Eddie Hearn told IFL. “It’s a huge fight and there will be a lot of people wanting to stage it, but I would like to do it back in the UK.”

The six-month turnaround for the sequel would be the same timeline the 32-year-old Joshua needed for his rematch against Andy Ruiz in 2019 following his first career loss. 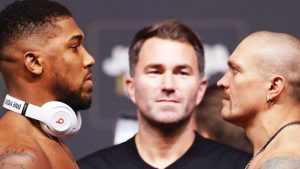 Joshua has a contractual right to a rematch that has since been exercised, and that is the only fighter the pair of Olympics gold medalists will be focusing on moving forward.

“Team Usyk is very happy to take the rematch. They’re going to make a huge amount of money and they believe they’re going to win the fight. For AJ, there is no other fight. He’s seen comments from people,” said Hearn.

“Step aside this, step aside that. Absolutely not in a million years. He’s fit, and while he’s fit, strong and focused as he is, there’s only one fight (Usyk) that he has his mind on.”

Meanwhile, Hearn has clarified that Joshua has not split with his trainer, Rob McCracken. Joshua toured the United States in recent days following his unanimous decision loss to Usyk contemplating advice from a cavalcade of coaches.

The former heavyweight champion is currently trained by longtime coach, McCracken, but after suffering his second loss in two years, this time to Usyk in September, he has since sought the services of other top trainers in the sport, including Eddy Reynoso, Robert Garcia, Ronnie Shields and Virgil Hunter.

Hearn, who has a lifetime promotional pact with Joshua (24-2, 22 KOs), offered insight into how the most prized pugilist on his Matchroom Boxing roster is thinking about his training situation.

“He’s out there, putting the work in now every day, getting ready for the rematch (against Usyk). He knows he must win this fight. It’s just a case of taking in information. That wasn’t the reason for the trip. It wasn’t, ‘I’m going to America to find a new trainer. It was just, ‘I want some time away.’ He chilled out a little bit. He went to a couple of gyms.

“It wasn’t to go meet different trainers. It had more to do with the setup of where he trains as well. Does he need a new environment to train? Does he need a new energy, I suppose. He’s making sure he’s in the position to win this fight, and he’ll leave no stone unturned.”