Kwankwaso resigned his membership from the PDP in a letter he personally signed dated 29th March, 2022, and addressed to his Kwankwaso ward Chairman. 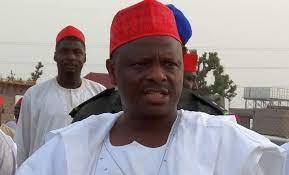 Kwankwaso in the letter said he was exiting the party because of some serious and irreconcilable differences. Part of the letter reads, “It is with deep sense of responsibility that I write to notify you, that as a result of some serious and irreconcilable differences, I have reached the conclusion that my continued stay in the PDP is untenable and therefore effective from today, Tuesday 29th day of March, 2022, I have withdrawn my membership form the Peoples’ Democratic Party, PDP,” Kwankwaso said.

Meanwhile, the former Governor and former Kano Central Senatorial district, Senator Kwankwaso was yet to disclose his new party.

Although, unconfirmed news making rounds some weeks back has it that he is to join the New Nigeria People’s Party (NNPP).