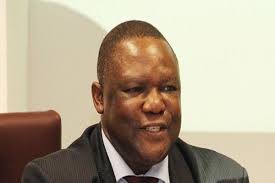 A Jos High Court on Tuesday dismissed an application by former Deputy Governor of the Central Bank of Nigeria (CBN), Dr Obadiah Mailafia, seeking to stop Police from investigating him.

Mailafia was invited by the police for questioning at the Force Headquarters Abuja, last month.

The police said the invitation was based on “investigating a case in which your name featured prominently,” hence the summons.

But Mailafia declined the invitation and approached a Jos High Court seeking to restrain the police.