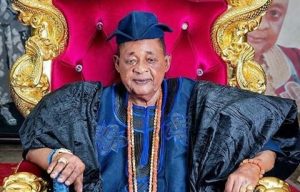 The Alaafin according to reports reaching The Economy magazine died in the early hours of Saturday after a brief illness.

He was 83 years old at the time of his death.

A source confirmed that the Alaafin died at the Afe Babalola University Teaching Hospital, Ekiti State.

This is a developing story.