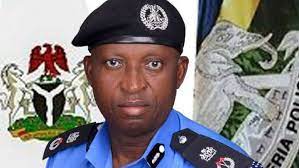 The Lagos State Commissioner of Police, Hakeem Odumosu, has deployed personnel of the Explosive Ordnance Disposal (EOD) unit to marketplaces dominated by Igbo traders in the state, to detect and detonate combustive substances that could be planted there. This was contained in a statement on Wednesday, signed by the Command’s spokesperson, Muyiwa Adejobi.
According to the statement, the move followed a video that went viral on social media where traders, especially those in Alaba International Market, Ojo, were warned of an impending attack on the market by some unknown persons. In the video, traders were instructed not to treat the information with kid gloves but to be at alert.
Odumosu, according to the statement, met with leaders of markets dominated by the Igbos in Lagos, on Wednesday, at the Police Officers Wives’ hall, Ikeja.
The police boss dispelled such news, saying there is no cause for alarm in the state as all hands are on deck to neutralise any form of attacks in any part of the state. He stated that such an information would never be treated lightly, whether it turned out to be true or false.
As a first step to ensuring that none of the markets was attacked, he said the Police had begun a Show of Force across the state, in collaboration with other security agencies.
Briefing journalists at the end of the meeting, Odumosu said, “We are aware that about 72 hours ago, a video went viral wherein somebody alleged that the Alaba International market will be attacked, especially the electronics section.
”Because it was said to be a particular group, we decided to extend the meeting to all the major markets, not only the Alaba International market alone. We have those from Trade Fair where we have the concentration of the same set of people. We have them at Ladipo market, Computer Village and part of the Island.
“The purpose of the meeting is to let them know the preparedness of the command, should any security breach come up and that they should go about their lawful businesses without any fear of any attack.
“We have heard of the areas where they said they needed assistance, like manpower, police stations and posts. I advised them on how to enforce their own regulations within their markets, to empower their own officers because we know at their markets they have their own task force that enforces their regulations.
“We told them to empower them (task force ) and that they must not ascribe it to any tribe and that they must not allow any form of disunity among them because they need to close ranks so that collectively they will fight any external aggression if there is any.
“Some of the resolutions reached  included the need to illuminate the market because in darkness crime strives; that nobody should be allowed to sleep in the market at night; that they should have a holding bay where goods are kept because If they allow them to load at night, some people may cash-in in on that.
“It was also agreed that combustive substances should not be sold in the market; that all electricity gadgets must be put off before leaving the shops to avoid fire incidents and the need for them to say something if they see anything and we have given them our telephone numbers to that effect.
“Our strategy won’t be disclosed but one thing is that as part of our proactive measure, we started a show of force at the Alaba International market and across the length and breadth of Lagos to mobilise our resources, to let the criminals know that we are ready, as well as to let law-abiding citizens know the Police are there to protect them.
“We are not just having covert patrol. What we have is increasing our presence. The EOD personnel are already out. They are everywhere. In fact for the past two months now, we have been having training and retraining of all the officers of the command right from Area Commanders, DPOs and others. All are part of proactive measures to prepare the police for any eventuality.”
In their reactions, the markets’ leaders pointed out some areas where the command and the Lagos State Government should focus and improve on, especially, on the installation of CCTV cameras at major markets in the state and regular deployment of police personnel and other security agencies to the markets.