The Bank of Industry has said it plans to raise $10bn from foreign investors to improve the nation’s real sector.

According to the bank, it has raised about $4bn in the last four years from over 100 international banks/investors in over 20 countries.
The Managing Director, BoI, Olukayode Pitan, said the raised funds were used to improve the bank’s capacity to support the nation’s real sector. 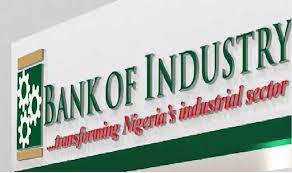 In a statement, he was quoted as disclosing this while speaking at the inauguration of the bank’s second tower in Abuja. Pitan also stated that the role the President Muhammadu Buhari played in concluding the funding transactions cannot be
overstated.

He added that the bank’s innovative and technology-driven platform had been instrumental to the success of various Federal Government social intervention programmes.

He said the BoI grew its assets from N683bn in 2016 to N1.7tn in 2021. The Chairman, Board of Directors, BOI, Aliyu Dikko, while delivering his opening remarks, said the bank had supported over 3.2 million Micro, Small, Medium-scale Enterprises, and created over 7.1 million direct and indirect jobs in the proce

He said: “For decades, the Bank of Industry has delivered appreciable results on its mandate towards transforming Nigeria’s industrial sector by providing affordable and long-term financing across key segments and sectors of the economy.

“In the last five years alone, working alongside our strategic partners, the bank has supported over 3.2 million Micro, Small, and Medium-scale enterprises and created over 7.1 million direct and indirect jobs in the process. “The bank’s total assets have grown from N683bn in 2016 to N1.7tn in 2021.”