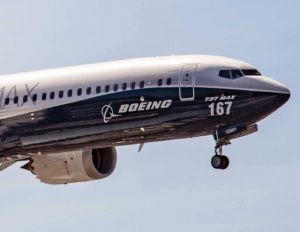 America’s aerospace and arms manufacturer Boeing has been accused of choosing the “path of profit over candor” resulting in two airplane crashes that killed 346 people to which the aircraft manufacturing giant was charged with criminal fraud charges for its Boeing 737 MAX scandal that cost the lives of 346 people. The US Department of Justice charged the company with a criminal charge related to conspiracy. Boeing was proven to have purposefully defrauded the Federal Aviation Administration’s Aircraft Evaluation Group (FAA AEG.) and handed down a fine of $2.5 Billion for the 737 MAX ‘Criminal Conspiracy’.

Boeing’s criminal behavior killed 346 innocent people, yet in typical American fashion, the company has “agreed” to pay the sum to “resolve” the criminal charge. No Boeing executives, responsible for the hundreds of deaths, will face any prosecution.

The court appeared to rule that Boeing’s criminal behavior stemmed from its unhealthy rivalry with its only real competitor, the European Airbus company. In 2010, Airbus announced its new engine for the popular Airbus 320 model. The new, significantly larger engine would save 15% in fuel, a lucrative proposition to the world’s airlines who compete heavily on the tiny margins for profit.

The new Airbus engine model would allow the 320 model to be upgraded with no new training required for pilots while saving airlines in fuel costs. The new engine was a giant success and orders for the upgraded engine started flooding in.

In the US, Boeing faced a conundrum. It could also produce a larger and more fuel-efficient engine, but it wouldn’t fit under the wings of their Boeing 737 model, which is positioned lower to the ground compared to its rival, the Airbus 320. Boeing was desperate to launch its “737 MAX” model to stop orders flooding into Airbus.

To compensate, Boeing came up with a “quick fix.” It would install the engines slightly higher, which made the plane push upwards. The company installed a piece of software to push the plane down automatically to correct the problem. Because it did not want to admit that the new model did require additional training for pilots, Boeing kept quiet about this software fix.

Boeing’s decision to keep quiet about its misguided solution to the flawed engines had catastrophic results. Pilots received a two-hour training session on an Ipad, and were cleared to fly Boeing’s new 737 MAX. In the training, Boeing mentioned nothing of its software fix.

Complaints started coming in, from pilots reporting that their new planes were suddenly lurching downwards. On October 29, 2018 the pilots of a Lion Air flight departing from Jakarta suddenly saw their plane lurch downwards during take-off.

The pilots had no idea that Boeing’s software was pushing the plane’s nose downwards, and the plane crashed in the Java sea, killing 189 people on board. Months went by with no action from Boeing and, on March 10, 2019, Boeing’s greed would kill again. An Ethiopian Airlines flight crashed near the town of Bishoftu, killing all 157 people onboard.

The families of the hundreds of people who died because of Boeing’s criminal behavior will receive some financial compensation, but none of the people who decided to push the 737 MAX will end up in prison despite the proven criminal act.

The reason why the largest aerospace company in the world would take such a risk has much to do with how our economic system is structured. Companies are not rewarded for producing good products, instead they see their stocks rise only if they ensure their profits increase every year.

Even if a company produces a solid product for the optimal price for several years, it could see its stock price decrease for lack of “growth.” As a result, the destructive search for perpetual growth means companies continue to cut costs, lay off staff, and increase prices for customers, just to keep their profits growing.

And so, in the face of Airbus’s new model, Boeing executives faced a choice. They could lose market share and profits, or push an unproven and problematic new model. For executives at companies, their responsibility is only to make profit. So the decision was an easy one for Boeing’s executives. The fact that this drive for profit cost the lives of hundreds of innocent people was a risk worth taking.

Banks, manufacturers, and digital giants like Google and Facebook are regularly fined millions or even billions for their criminal behavior. Yet, no executive is ever jailed.

This creates the incentive to continue to act in criminal ways, pay the fines and continue to grow profits. The Boeing 737 MAX scandal is not unique, but it shows again how perverse our economic incentives are. Boeing’s advertising funds American media and therefore the scandal will not receive enough media attention to significantly hurt the company.

As long as the myth of perpetual growth continues to fuel criminal negligence, fraud and the draining of global natural resources, scandals like Boeing’s are just considered to be a “normal” part of doing business.