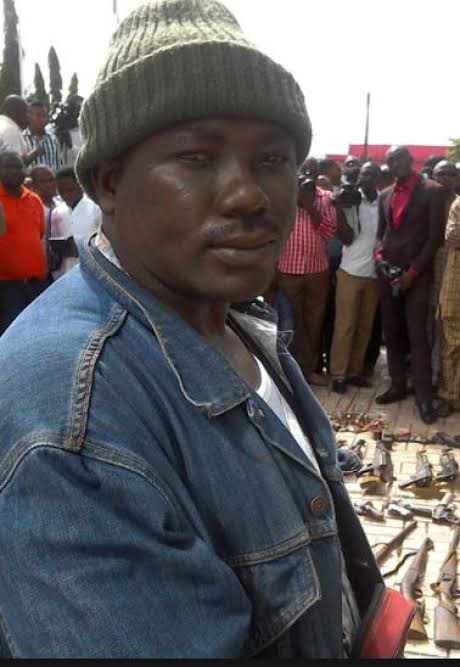 Terwase Akwaza Agbadu aka Gana, Benue’s most wanted criminal has been killed by the Nigerian Army in Gbese-Gboko-Makurdi Road in Benue State during an “exchange of gunfire” on Tuesday afternoon.

According to the Commander, 4 Special Forces Command, Doma, Nasarawa State, Maj. Gen. Moundhey Ali, Gana was killed when his gang members opened fire on soldiers on “Ayem Akpatuma lll” operation. The soldiers had gotten intelligence report on his movement and tried to intercept him, leading to the shootout.

About 40 members of Gana’s gang were arrested and assorted weapons captured. Several rifles, pump-action guns, ammunition, charms and explosives were seized from the suspects.

Maj. Gen. Ali said that Gana’s corpse has been deposited in an undisclosed mortuary while the arrested gang members would be handed over to the appropriate authorities for prosecution.

Gana and his gang members, notorious for terrorising Benue and other surrounding states, were granted amnesty by the state government in 2015 which they later violated in 2017. He went back to his criminal enterprise ranging from kidnapping, murder, robbery, banditry, thuggery, etc. The state government was forced to place a bounty of ten million naira for his capture.

While many have commended the army for a job well done, the Benue State government however argued that Gana was killed by soldiers while he and his gang members were on their way to Makurdi, the state capital, to surrender and accept the state government’s new offer of amnesty.