Bandits have kidnapped a Customs officer, Gambo Mu’awiya, and his son, Samaila, during an attack on the Kofar Gayan Low-Cost Housing Estate in Zaria, Kaduna State. 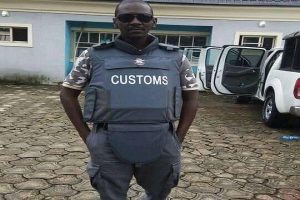 A source said the incident happened around 9pm on Wednesday.

Both father and son were reportedly forced out of their house on Wednesday at gunpoint.

A resident, Suraju Garba, said the bandits, while driving out of the estate, kidnapped four other people. Garba, however, disclosed that two of the victims escaped.

The state police spokesman, Mohammad Jalige, promised to get in touch with the Divisional Police Officer of Zaria before coming out with an official announcement. He had yet to do so as of the time of filing this report.