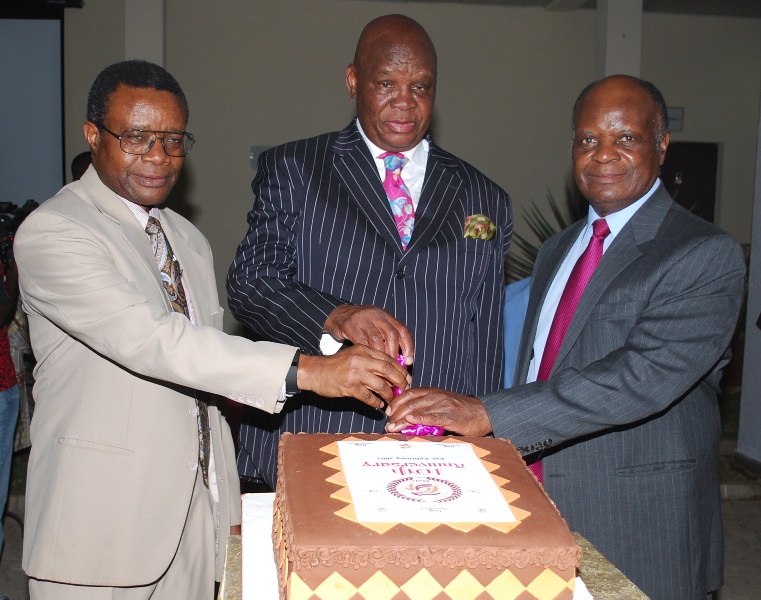 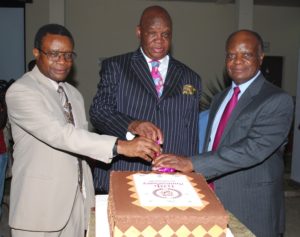 The African University of Science and Technology (AUST), Abuja in continuation of the activities lined up to mark the 10th year anniversary of the institution has  unveiled some commemorative items to members of the diplomatic corps, captains of industry, the academia and other distinguished guests.

Professor Kingston Nyamapfene, the President of the university, thanked all the guests who came for the event. To him, it is honor to the university by their attendance and continued support.

He opined that AUST will continue to train young scientists and technologists that will pummel science and technology in Africa in the 21st millennium even as he solicited for more collaborations with the university’s partners in order to realise this set out goal.

His Excellency, Louis Lulu Mnguni, the South Africa’s High Commissioner to Nigeria, said that the AUST 10th year anniversary, coincided with South Africa’s celebration of the Centenary of Oliver Reginald Tambo, a South African freedom fighter who was born in 1917 but died in 1993.

He hinted that it was Nelson Mandela’s great concern about the knowledge gap between Sub- Saharan Africa and the rest of the world and his strong desire to see an African Noble Laureate during his lifetime that prompted the development of the African Institutes of  Science and Technology concept.

The envoy praised the efforts of the president, staff and students of the African University of Science and Technology so far and charged them to spread the reach of their trainings to more African youths.

Mnguni expressed his gratitude to the private organizations and government agencies that have been playing a role in supporting AUST and the Nelson Mandela Institutions and urged them not to relent adding that the South African high Commission in Nigeria will continue to lend their support as the university so desires.

Highlights of the event were the unveiling of the commemorative items, testimonies from AUST students and the cutting of the 10th year anniversary cake.