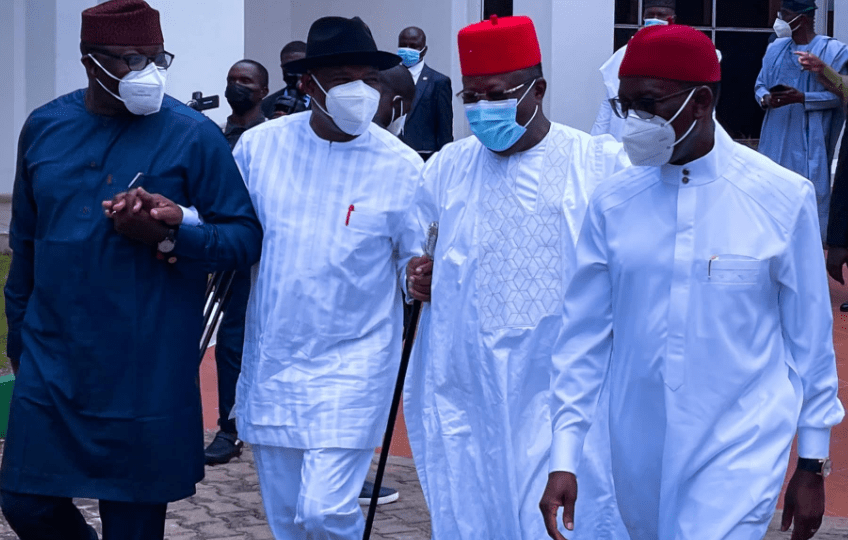 There were strong indications on Sunday that Southern governors would meet with President Muhammadu Buhari after his return from France.
A source in the Southern Governors’ Forum told one of our correspondents that arrangements were being made for  the governors to present their resolutions at their meeting in Asaba, the Delta State capital, to the President.
Recall that governors in the 17 states of Southern Nigeria had on Tuesday held a four-hour meeting in Asaba, Delta State.