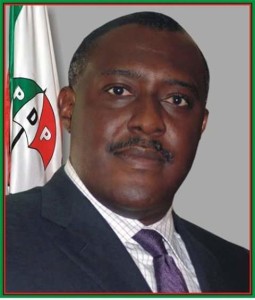 The Economic and Financial Crimes Commission (EFCC) on Thursday filed a seven-count charge of corruption against the National Publicity Secretary of the People’s Democratic Party (PDP), Chief Olisa Metuh.

EFCC charges against Metuh was filed barely 24 hours after the embattled PDP spokesperson filed an application before the court demanding the commencement of his trial or his immediate release from the EFCC custody.

Metuh, earlier in the week, allegedly  tore, chew and attempted to swallow a written statement he made shortly after it was presented to him and reportedly swore that he would prefer to go down than to return the N400 million he allegedly received from the former NSA, Sambo Dasuki.

The anti-graft agency also listed a former PDP Board of Trustees chairman, Chief Tony Anenih, as one of the recipients of payments from N400 million Metuh allegedly received from the former National Security Adviser, Col. Dasuki.