Apple CEO Tim Cook has challenged moves to regulate the company’s App Store in a speech in Washington on Tuesday, claiming that new rules could threaten the privacy of the Store’s users.

The company is reportedly under scrutiny over App Store policies. As a result, the EU is working on legislation that would force the company to allow apps to be installed from outside the Apple App Store, according to Tech Central. 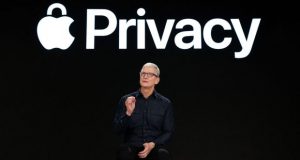 “If we are forced to let unvetted apps onto iPhones, the unintended consequences will be profound,” Cook said.

“Data-hungry companies would be able to avoid our privacy rules and once again track our users against their will,” he added.

According to eNCA, this battle about the App Store policies comes after the company clashed in court with Fortnite creator Epic Games, which has been trying to break Apple’s grip on the App Store. Epic Games accused the iPhone maker of operating a monopoly in its shop for digital goods or services.

After the litigation proceedings, a federal judge ordered Apple to loosen control of its App Store payment options but said Epic had failed to prove that antitrust violations had taken place.

Apple argued any changes to its policies would take away consumer choice from iPhone users, adding that it would also change the iPhone to be more like the Android instead, according to reports.

“Proponents of these regulations argue that no harm would be done by simply giving people a choice, but taking away a more secure option will leave users with less choice, not more,” Cook said.

Some major tech companies including Spotify and Microsoft are reportedly in favour of opening up the App Store.