APC National Convention Yet to Take off 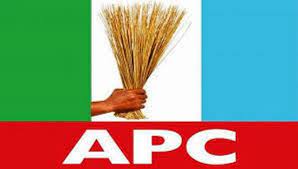 The much-awaited national convention of the ruling All Progressives Congress (APC) billed for Saturday at the Eagles Square in Abuja is yet to commence more than three hours behind schedule.

The convention, which was scheduled to begin by 3.30pm shortly after the arrival of President Muhammadu Buhari by 3.15pm is yet to take off by 6.45pm.

While most of the 22 APC governors had arrived and taken their seats at the VIP section of the Eagles Aquare, President Buhari and Vice-President Yemi Osinbajo are yet to arrive the convention venue.

The delay in the take-off of the event may not be unconnected with the inability of the APC  to fully realise its consensus targets as some of the aspirants were seen rigourously pushing up lobbying and campaigns at the convention ground.

President Muhammadu Buhari had solicited the leaders and members of the party to strive to achieve consensus for all positions in the party ahead of the convention.

He held meetings with various critical stakeholder groups within the party, including the Progressive Governors Forum (PGF), founding fathers of the party and chairmanship aspirants, among others, in the days leading to the all-important national convention.

However, at the convention ground on Saturday, some supporters of aspirants, in their large numbers, went round the 36 states and FCT pavilion, soliciting votes for their aspirants.

One of such cases was the crowd that followed an aspirant for office of National Legal Adviser, Ahmed Usman, bearing a large banner that called on delegates to vote for the aspirant when the time comes.