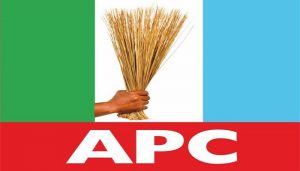 There are indications that the ruling All Progressives Congress (APC) is set to validate some former chieftains of the Peoples Democratic Party (PDP) as its key national officers to administer Buhari House, its national secretariat. The much-anticipated APC national convention will hold today at the Eagle Square, Abuja, where the new National Working Committee to administer the party ahead of the next general elections will emerge.

Saturday Tribune checks revealed that despite pockets of resistance from certain aspirants for the position of national chairman and governors sympathetic to their cause, a former Nasarawa State governor on the platform of the PDP and senator representing Nasarawa West, Abdullahi Adamu, is top on the ‘unity list’ to be ratified today.

Adamu was also a member of the Board of Trustees of the PDP before he joined his colleagues in the New PDP after abandoning the former ruling party on the eve of the 2015 general elections for the APC when the latter was the main opposition party.

Another former chieftain of the PDP to emerge as the Deputy National Chairman (South) of the APC is former Senate President (2005-2007), Ken Nnamani.

He represented Enugu East Senatorial district on the platform of the PDP. Senator Iyiola Omisore, another former chieftain of the PDP, is penciled in for the office of the National Secretary which has been zoned to the South West.

There is, however, a last minute move by chieftains of the defunct Congress for Progressive Change (CPC) to remove Omisore from the unity list and replace him with a former chieftain of the defunct CPC, Ife Oyedele from Ondo State.

Other former chieftains of the PDP to clinch strategic positions in the APC-NWC are Isaac Kekemeke and Victor Giadom.

Giadom and his ally, two-term former Rivers State governor and incumbent Minister of Transportation, Rotimi Amaechi, dumped the PDP for the APC on the eve of the 2015 general elections.

Despite its boast that its candidates will emerge through consensus, it was learnt, the ruling party is wary of litigations that could trail its breach of the Electoral Act 2022.

Section 82(3) of the Electoral Act 2022 makes clear provisions for the choice of aspirants for party offices through election.

The section reads: “The election of members of the executive committee or other governing body of a political party, including the election to fill a vacant position in any of the aforesaid bodies, shall be conducted democratically and allowing for all members of the party or duly elected delegates to vote in support of a candidate of their choice.”

Section 84(2) of the Act provides that “the procedure for the nomination of candidates by political parties for the various elective positions shall be by direct, indirect primaries or consensus.”

Section 84(9) of the same Act further provides that “a political party that adopts a consensus candidate shall secure the written consent of all cleared aspirants for the position, indicating their voluntary withdrawal from the race and their endorsement of the consensus candidate.”

Speaking to newsmen on Friday at the APC national secretariat in Abuja, Nasarawa State governor and chairman of the media and publicity subcommittee, Abdullahi Sule, said the party would fall back on indirect primaries if consensus arrangement failed.

He said: “Before you go into the convention, our first choice is always consensus. And we are still on that first choice. However, democracy, even our (APC) constitution and the constitution of Nigeria, demands that if that doesn’t work, we go ahead and look at the other options.

But right now, that remains our option number one.

Sule also made clarification on the last-minute pronouncements that political appointees of government are not eligible to vote. He disclosed that certain chieftains of the party who have served as lawmakers remained automatic delegates to the convention.