Another Day at the Nigerian High Commission’s Consular Services London. 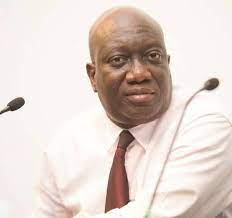 The experience of the ordinary individual seeking to renew a passport, obtain a travel document or procure a visa at the Nigerian High Commission is a real-world illustration of the concept of the glass being half-full or half-empty, depending on your worldview and the prism through which you view events. On the one hand, it is a long way from the terrible days of the Fleet Street offices and various aspects of the passport issuance process have been modernized and made accessible online. On the other hand, the final stages of the process, requiring data capture, still requires a physical presence at the High Commission.

The Passport Section operates out of rather cramped premises on Northumberland Avenue in central London, close to Trafalgar Square, The Strand, and Charing Cross station. It is a dingy and unprepossessing building that is probably ill-suited to the logistical arrangements required to attend to a few hundreds of visitors daily. There is no pre-entrance waiting area, other than the pavements of Northumberland Avenue and the adjoining Scotland Yard, and one shudders to think how vulnerable the staff and visitors are to mischief. The only security screen before entering the building is a casual glance from an official at the door and the casual glance of a  ‘security man’ a few steps up who, when he could descend from his high horse, would usher you in with an imperious nod of his coconut head.

Then you get into the main waiting room, a dingy, dimly lit affair the size of three British bedrooms. There used to be public address systems with ticker tapes announcing tally numbers but nowadays, you have to join a queue and pick up a numbered ticket, and when the machine fails, a personable staffer was handing them out manually. Then you’d get various announcements, essentially shouts, about various aspects of the next steps. Then you go upstairs and into another waiting room until you are summoned in batches to stand in a queue to enter the data capture room. There you have your passport photo and fingerprints taken- I assume my fingerprints haven’t changed since I last had this process done at the same venue.  Once data capture is completed, you go into another waiting room, to complete the process- submit a stamped self-addressed envelope for the return of your passport, have the old one canceled, and fill out a disclaimer form- that absolves the High Commission of responsibility if your passport gets lost- not very reassuring.

All in all, I saw most of the officials were genuinely trying their best and struggling to be nice whilst making an inefficient system work for irritable and skeptical Nigerians. You always got the impression of forced, rather than natural, civility and that the sheen of amity was friable and easily discarded.

There are several steps that could make this process better for all concerned such as the following:

The whole operation should be operated out of better premises with better facilities- an office complex or events suite away from Central London, perhaps- For example, the US Consular Office moved to bespoke premises South of the river from their old Mayfair buildings- more room and thoughtful consideration for handling large numbers of people safely.

A guiding hand should be looking at the process, identifying pressure points and inefficiencies, and ‘performance-managing’ them all.

A greater use of information leaflets and advertorials, outlining the process and timelines, and stating clearly what applicants need to bring with them.

Facilities like photocopying, printing, passport photos and self-addressed envelopes could be provided from kiosks located within the premises, as you do at similar venues run by other countries- instead of the petty racketeering that involves officials procuring a bunch of self-addressed envelopes selling for £6.30 at the Post Office on the Strand and selling them for £10 inside the building.

Public address systems and rolling ticker tapes should help to disseminate guidelines about various aspects of the application process, rather than officials straining their voices with repeated announcements and getting more exasperated each time.

Customer feedback should be a routine part of the process, encouraging feedback and suggestions for improvement.